We are in a challenging era of increasing use of coronary stenting for coronary artery disease (CAD) in the UK,1 in conjunction with a growing population of patients with atrial fibrillation (AF) predominantly driven by age, hypertension, obesity and diabetes.2 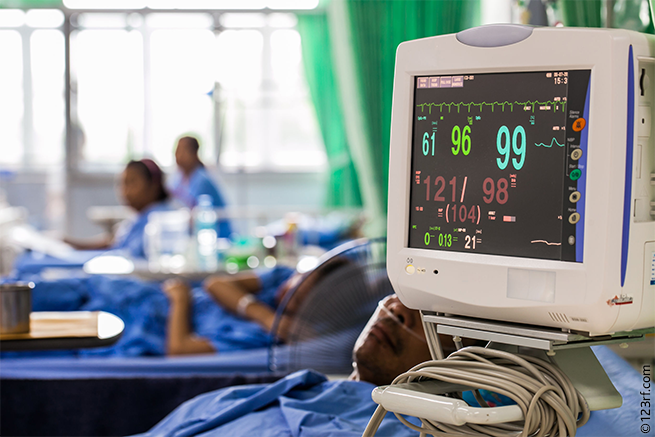 Inevitably, these two common diseases, with similar risk factors, occur simultaneously in a significant proportion (5 to 8%) of patients undergoing revascularisation.3-5 This equates to an estimated 4,500 to 7,200 patients in the UK population, based upon British Cardiovascular Intervention Society (BCIS) data in 2014.1

Atrial phase thrombus has a stasis and fibrin drive, whereas arterial phase thrombus is driven by endothelial plaque rupture and platelet aggregation. These two substrates, therefore, have different treatment regimens, but there is an overlap given that thrombus formation is both fibrin and platelet dependent. Antiplatelet agents (although not recommended by the National Institute for Health and Care Excellence [NICE]) have an evidenced-based secondary prevention role in stroke reduction in AF,6 and anticoagulants have a similar role in coronary secondary prevention.7,8

Unfortunately, but inevitably, the more aggressive the anticoagulant, antiplatelet or combined treatment regimen, the higher the risk of bleeding.9 As a consequence, we are now in an era of investigating optimal regimens to minimise this bleeding risk, while not compromising the efficacy of stroke prevention or coronary secondary prevention in patients with coronary disease and AF.

With an increasing number of antiplatelet and anticoagulant agents vying for our therapeutic attention, the permutations of possible combinations of drugs are rapidly approaching the point where we may never get a clear answer about optimal therapy. In the present crowded market there are many potential combinations of anticoagulant and antiplatelet agents that could be meaningfully investigated in these higher-risk patients, and this is before dose, patient comorbidities, length of treatment, stent type and many other factors are taken into account. Where to start?

The PIONEER AF-PCI (Open-Label, Randomized, Controlled, Multicenter Study Exploring Two Treatment Strategies of Rivaroxaban and a Dose-Adjusted Oral Vitamin K Antagonist Treatment Strategy in Subjects with Atrial Fibrillation who Undergo Percutaneous Coronary Intervention) study is one of the first attempts to try and help answer this question in the non-vitamin K antagonist oral anticoagulant (NOAC) era. The study, covered in the previous commentary, has a complex three-way design, partly necessitated by the publication of the WOEST (What is the Optimal Antiplatelet and Anticoagulant Therapy in Patients With Oral Anticoagulation and Coronary Stenting) study during the design period of PIONEER AF-PCI.  WOEST10 supported the early use of a dual rather than triple strategy with concurrent treated CAD and a need for anticoagulation. WOEST has no doubt changed practice and guidelines, but remains a small-scale trial, which created as many questions as it answered. Has PIONEER AF-PCI addressed these questions or, like WOEST, simply added more data pieces to an already difficult data jigsaw?

The current European Society of Cardiology (ESC) guidelines11 for anticoagulant and antiplatelet therapy in stenting and AF are both somewhat complex and admit to a degree of uncertainty with an, at best, class IIa/B level of evidence/recommendation.

They are best summarised as recommending the minimum number of drugs for the shortest time possible. This is achieved by minimum procedural interruption of anticoagulation with a well-controlled vitamin K antagonist (VKA) (international normalised ratio [INR] 2.0–2.5) or lower-dose NOAC, in conjunction with a shortest possible dual antiplatelet therapy (DAPT) period depending upon coronary stability. Single antiplatelet therapy should be adopted as soon as possible, depending upon bleeding risk and coronary status (acute coronary syndrome [ACS] or stable CAD). Treatment algorithms can be found in the 2016 ESC guidelines11 and the 2017 update from the ESC/European Association for Cardio-Thoracic Surgery (EACTS).12 Antiplatelet therapy should, ideally, not extend beyond a 12-month period, with the use of prasugrel or ticagrelor not recommended on current evidence.

The American College of Cardiology (ACC)/American Heart Association (AHA) focused update guidelines on patients with CAD13 are broadly similar to the ESC guidelines. The most important differences are ongoing support of warfarin in preference to a NOAC (with the caveat that important trials are pending in this area) and a minimum DAPT period of three months for stable CAD and a maximum of six months for ACS with third-generation stents. Ultimately (and sensibly) the authors recommend an individualised approach to therapy balancing stroke risk, stent thrombosis risk and bleeding risk.14 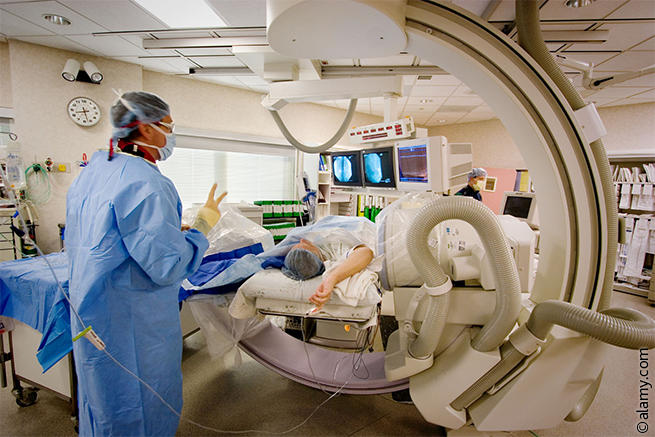 Rivaroxaban has no doubt stolen a march on its NOAC rivals in the CAD arena. The ATLAS 2 (Anti-Xa Therapy to Lower Cardiovascular Events in Addition to Standard Therapy in Subjects with Acute Coronary Syndrome) trial8 supports the efficacy and safety profile of 2.5 mg rivaroxaban twice daily when used in ACS alongside DAPT, and more recently the PIONEER AF-PCI trial has indicated lower bleeding risk with a rivaroxaban/antiplatelet regimen versus a warfarin/antiplatelet regimen.15

The recent results of the dabigatran-centred REDUAL-PCI (Evaluation of Dual Therapy With Dabigatran vs. Triple Therapy With Warfarin in Patients With AF That Undergo a PCI With Stenting),16 study also shows a lower risk of bleeding with dabigatran and a P2Y12 inhibitor versus triple therapy with warfarin plus DAPT. Results from the apixaban-centred AUGUSTUS (A Study of Apixaban in Patients With Atrial Fibrillation, Not Caused by a Heart Valve Problem, Who Are at Risk for Thrombosis Due to Having Had a Recent Coronary Event, Such as a Heart Attack or a Procedure to Open the Vessels of the Heart) trial17 and the edoxaban-centred ENTRUST-AF PCI (Edoxaban Treatment Versus Vitamin K Antagonist in Patients With Atrial Fibrillation Undergoing Percutaneous Coronary Intervention) trial18 are not yet reported so the evidence base currently sits with rivaroxaban and dabigatran. As this supplement focuses on PIONEER AF-PCI, we need to consider whether it takes us any further forward or whether it (and subsequent studies) simply muddy the multiple permutation waters even more?

Two important areas in PIONEER AF-PCI are worth highlighting. First, this is not a head-to-head study. The two rivaroxaban arms represent either a less aggressive anticoagulant or antiplatelet regimen than the warfarin arm. A lower bleeding rate in these two groups should, therefore, be expected. In the absence of a head-to-head study (15 mg dose rivaroxaban combined with DAPT vs. warfarin and DAPT), it is impossible to say whether the reduced bleeding rate is simply related to the less aggressive regimens in these two arms rather than any special pharmacological property of rivaroxaban, such as a steadier state anticoagulant effect.

Second, the study is based upon a primary bleeding end point (i.e. essentially a number needed to harm) rather than a cardiovascular event end point. Examining primary end points related to harm, without adequate power to detect meaningful major adverse cardiovascular events (MACE) increases in the less aggressive arms, is always going to be suboptimal. This is particularly important in PIONEER AF-PCI because both rivaroxaban arms represent a substantial reduction in either anticoagulation or antiplatelet treatment. The investigators have calculated that a sample size of over 40,000 would be required to look at efficacy end points in conjunction with bleeding risk, and such a trial is not pragmatic.

Nonetheless, despite the issue of power, the secondary MACE efficacy analysis in PIONEER AF-PCI showed minimal worrying signals, other than one strata in which rivaroxaban 2.5 mg twice daily with six months DAPT was inferior for stroke prevention compared with warfarin combined with DAPT.15 Should this worry us? Maybe not, but perhaps these data, and the fact that very-low-dose therapy for any anticoagulant does not enter current AF guidelines, means that very low-dose rivaroxaban will fall by the wayside in the setting of atrial fibrillation and PCI.

Clinicians, along with clinical commissioning groups (CCGs), in the UK have an active interest in minimising hospitalisation. Hospitalisation has, therefore, become popular as part of a combined study end point, particularly in chronic diseases, such as heart failure. In a post-hoc analysis of PIONEER AF-PCI19 using a combined end point of all-cause mortality and need for rehospitalisation, the authors found a statistically significant difference between the individual rivaroxaban arms versus warfarin (35% and 32% in the rivaroxaban groups vs. 42% in the warfarin group). A major drive to this difference, not unexpectedly, was reduced hospitalisation due to bleeding. This is a finding of interest, both for the surprisingly huge number of readmissions in all groups, and the potential cost savings from a 10% absolute reduction (25% relative risk reduction) in readmissions in this study.19

When WARIS (Warfarin Re-Infarction Study) was published in 1992,7 cardiologists threw up their collective hands in horror that they might be forced to engage with the difficulties of warfarin management in the context of myocardial infarction. Luckily, things moved on rapidly with antiplatelet regimens, and warfarin was marginalised.

NOACs, hopefully, will provide a similar escape. It seems likely that with the increasing UK (but variable 21.8% to 84.8% across CCGs) uptake of NOAC therapy for NVAF stroke prevention,20 and support with data from trials, such as PIONEER AF-PCI, NOAC therapy will be adopted as the primary anticoagulant regimen in ACS complicating AF.

PIONEER AF-PCI has added new data to the complex and difficult management of patients with concurrent AF and unstable or intervention-requiring CAD. The study gives us no reason to ‘unadopt’ the current European guidelines but increases our confidence in the use of NOACs in this group of patients, and, for the time being, suggests rivaroxaban, with its label update, is currently the preferential NOAC in this arena.

JG has received speaker fees and advisory board fees from Bayer plc.

17. Clinicaltrials.gov. A study of apixaban in patients with atrial fibrillation, not caused by a heart valve problem, who are at risk for thrombosis (blood clots) due to having had a recent coronary event, such as a heart attack or a procedure to open the vessels of the heart. April 2015. Available at: https://clinicaltrials.gov/ct2/show/NCT02415400