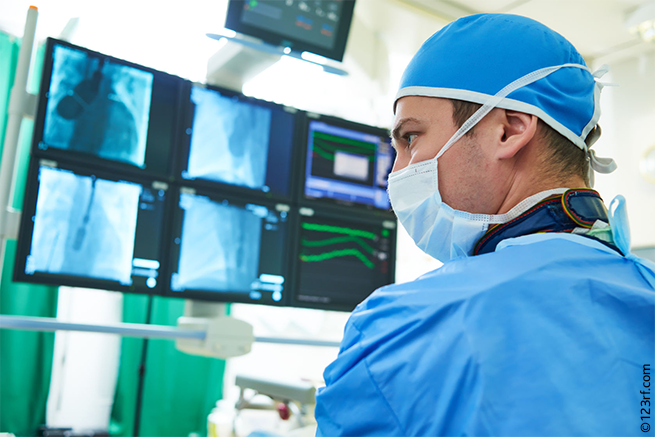 Susceptibility to stroke is increased around the time of catheter ablation; with ablation of atrial fibrillation (AF) being the most prevalent electrophysiological procedure and, thus, the most studied. Pre-ablation of AF, there is an increased risk of thrombus formation in the left atrial appendage; with potential for embolisation during restoration of normal sinus rhythm.1 During ablation, the risk of thromboembolism is accounted for by endothelial injury, hypercoagulability due to contact of blood with foreign surfaces and altered blood flow after conversion to normal sinus rhythm.2 This risk persists post-ablation, even in patients with low CHA2DS2-VASc scores, as the atria may remain stunned for several weeks post-ablation and the endothelium takes time to heal. These phenomena form the rationale for guidelines recommending anticoagulation for four weeks before and two to three months’ post-ablation.3,4 During the procedure intravenous (IV) heparin is used, and the use of heparinised saline-irrigated catheters (figure 1) seems to reduce risk further by decreasing the incidence of emboli from the catheter tip.5

Warfarin has been the mainstay of anticoagulant therapy, although its use has been impacted by the advent of non-vitamin K antagonist oral anticoagulants (NOACs), which have now been available in the UK since 2008.6 Their use was initially limited because of concerns about safety and the ability to reverse the anticoagulant effect if a catastrophic bleed occurred. This concern seems difficult to justify when one acknowledges that in the landmark randomised trial AVERROES (Apixaban Versus Acetylsalicylic Acid to Prevent Stroke in Atrial Fibrillation Patients Who Have Failed or Are Unsuitable for Vitamin K Antagonist Treatment), the frequency and severity of bleeding appeared to be similar for aspirin and apixaban.7 Yet aspirin has no specific reversal agent and in the only NOAC trial (RE-CIRCUIT in the setting of catheter ablation) in which a specific antidote was available – idarucizumab for dabigatran – it was not used to treat any of the patients who required medical attention.8

Increased knowledge of the efficacy and safety profile of NOACs has led to a 17-fold increase in the initiation of their use (from 2009–2015) – overall a 58% rate of increase in anticoagulation was seen, even though the rate of new VKA use decreased by 31% over the same period.9 NOACs offer more predictable pharmacodynamics and the convenience of no regular monitoring. The stable anticoagulant action could reduce stroke post-ablation and may reduce the need for pre-ablation transoesophageal echo (TOE) to exclude left atrial appendage thrombus, which is often the consequence of subtherapeutic international normalised ratio (INR) values in the run-up to ablation.10 Conversely, high INR values can also preclude ablation and it is the practice at our institute to use a cut-off INR of 3.5.

Uninterrupted anticoagulation peri-ablation is now commonplace. ‘Bridging’ with low molecular weight heparin (LWMH) was initially employed as a strategy, but has been usurped by uninterrupted warfarin, initially,11 and now NOACs. This latter point has been the focus of some studies over the last few years with the outcomes being positive regarding NOAC use when compared with warfarin in an uninterrupted strategy. Studies have shown similar stroke rates, and similar or lower bleeding rates when NOACs are compared with warfarin.8,12 It would be appropriate to speculate that other non-cardiological procedures with low bleeding risks may begin to adopt an uninterrupted peri-operative anticoagulation strategy; with procedures with an inherently higher bleeding risk maintaining the interrupted regimen.

How do we manage anticoagulation in non-AF catheter ablation cases? Guidelines suggest management of ablation of left atrial arrhythmias and cavo-tricuspid dependent atrial flutter in the same way as for AF.13 Ventricular tachycardia ablation management is less standardised with current recommendations for six to 12 weeks of aspirin or warfarin post-ablation, with some centres anticoagulating four to six weeks prior in patients with structural heart disease.14

The availability of NOACs initially caused concern about an increased bleeding risk and lack of antidote, but this has not been borne out in studies, leading to increased use in the UK. For the purposes of catheter ablation of AF, NOACs are acceptable to use and the data suggest they should be used in an uninterrupted manner. Whether this approach extends to other procedures in patients at high risk of stroke is yet to be seen.