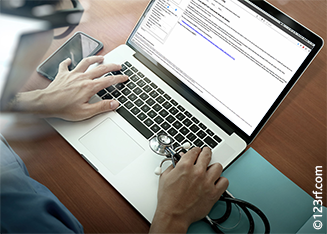 Once upon a time, type 2 diabetes was considered a coronary heart disease (CHD) risk equivalent, meaning that the risk of a future CHD event was considered equal to patients with existing vascular disease. While this notion has been superseded, the risk for a range of vascular outcomes (myocardial infarction [MI], stroke or deaths due to other vascular diseases) appears approximately double in diabetes compared with the general population (figure 1).1 Less well appreciated is the observation that diabetes increases the risk of fatal events somewhat more than non-fatal, for reasons not well established. Finally, this doubling of cardiovascular disease (CVD) risk is an average and should not be applied equally to all diabetes patients, since CVD risk levels at the point of diabetes diagnosis are far less elevated. By contrast, once a patient has had several years of diabetes or exhibits some microvascular complication, such as albuminuria, low estimated glomerular filtration rate (eGFR) or moderate retinopathy, CVD risk levels can be elevated multi-fold.

In high-income countries, over the last two or so decades a pattern of substantially reducing risks for MI and stroke in diabetes patients (relative to non-diabetes controls) has been noted, though, even now, such risks still remain far in excess of healthy controls.2 Consequently, recent attention has focused more on the excess risk for other ‘vascular’ outcomes in diabetes, such as heart failure and peripheral arterial disease. In a recent paper, these latter two outcomes were the most common first ‘vascular’ outcomes in diabetes patients in analysis of data from the UK, with MI and stroke3 being less frequent. We appear to have also been more successful at preventing non-fatal CVD events in diabetes patients,4 suggesting we lack full understanding of all the causes for premature CVD mortality in diabetes.

Hence, patterns for vascular risks in high-income countries are changing in diabetes, as earlier diagnosis and better CVD preventative treatment strategies are being employed in the care of diabetes patients, leading to less atherosclerotic events and lower CVD hospitalisations, but there is still much to do to achieve even better reductions in fatal outcomes, and outcomes like heart failure.

Relative risks vary most markedly by age of onset of diabetes

There is a widening appreciation that age of onset of type 2 diabetes matters to magnitude of risks for adverse outcomes and years lost due to diabetes, with younger-onset type 2 diabetes likely more pathogenic. To this end, we recently showed that individuals with younger-onset type 2 diabetes were much more obese, had higher glycaemia levels at diagnosis and worse lipids than those developing type 2 diabetes much later in life.5 Moreover, these differences persisted for several years post-diagnosis and could not be accounted for by differential glycaemia or lipid-lowering treatments, adding support for a more pathogenic phenotype at younger ages. At the other extreme, there is evidence that older patients with diabetes tend to be at much lower excess risk for CVD compared with their non-diabetes counterparts.6 Thus, age at diabetes diagnosis should be an important risk stratifier for diabetes management. There is also some evidence that women’s greater relative risk for CVD risk once they develop diabetes may also be related to greater average body mass index (BMI) levels needed in women to develop diabetes compared with their male counterparts.7

This topic has been well studied by many others, but some things remain far from certain. The following risk pathways are perturbed in diabetes, often well before the diagnosis of diabetes is made:

It should be apparent from the aforementioned discussions that some risk factor perturbances in type 2 diabetes drive atherogenesis, whereas others may more strongly promote renal and heart failure risks via fluid disturbances, which are less well studied (figure 2). This new way of thinking needs further development if we are to further reduce CVD risks, especially fatal outcomes, in patients with type 2 diabetes.

Is hyperglycaemia directly relevant to excess vascular risks in diabetes, and if so, to what extent?

One may be surprised to see hyperglycaemia not discussed above as a dominant risk factor for diabetes vascular complications. However, it should be clear that many of the above risk pathways are likely highly perturbed well before frank hyperglycaemia ensues. That noted, hyperglycaemia does add meaningfully to the vascular risk over and above other risk factors, which fits with the finding that frank diabetes but not pre-diabetes states, is predictive of CVD risk independently of other risk factors. In other words, only when glucose levels escalate into the diabetes range is the risk of vascular outcomes enhanced, as confirmed by recent meta-analyses of multiple cohorts,1 as well as a more recent elegant study from Denmark.16 It must also be the case that abnormalities in all the above pathways must be greater in diabetes versus those with pre-diabetes, so, not only are glucose levels higher, other factors (e.g. fluid shifts, lipid abnormalities, thrombotic aspects, etc.) will also be more abnormal in ways not fully documented, so that even in diabetes, one cannot say for certain to what extent glucose, or its co-travellers, influences CVD risk.

There are multiple direct mechanisms by which hyperglycaemia per se might drive blood vessel damage, as frequently reviewed.17 Notably, however, reducing glucose has been shown to have only modest effects in reducing risks of both macrovascular disease (mainly non-fatal)18 and microvascular disease,19 as reported in recent meta-analyses of intensive glucose-lowering trials, albeit conducted using the more established diabetes-lowering drugs. Furthermore, benefits of glucose lowering on macrovascular risks were calculated to be less than with lipid and blood pressure lowering,18 reinforcing the notion that management of other risk factors matters more to MI and stroke risk. Furthermore, more recent trial results with the SGLT-2 inhibiting agents,20 particularly in terms of reducing mortality and heart failure risk, has led researchers to revisit the excess fluid hypothesis in diabetes. These matters are discussed more in subsequent articles but they reinforce the notion that we remain a long way from fully understanding all pathways to CVD or heart failure risks in type 2 diabetes.

Once a diabetes patient has had a vascular event or documented vascular disease, he/she is at markedly elevated vascular risk of future events/premature mortality.21 The presence of microvascular complications, whether retinal, kidney disease or neuropathy, also signals excess vascular risk, and if two or three such complications are present then risks are even higher.22 This latter observation accords with the notion that small-vessel disease begets large-vessel disease, perhaps directly,23 but of course, overlapping risk factor processes also operate on both small and large blood vessels.

Risk scores for CVD risk are also plentiful for use in diabetes patients and some of these (e.g. ADVANCE risk score – http://www.advanceriskengine.com) also capture CVD risk contributions from earlier diabetes development or longer diabetes duration, presence or absence of microvascular complications, in addition to CVD risk from the usual risk factors (blood pressure, lipids), glycaemia control and lifestyle factors (smoking).

It is clear that diabetes imposes considerable premature vascular risks on individuals. In this short review, the well-established concept of multiple risk factors leading to excess diabetes risk is acknowledged, with confirmation of considerable successes in reducing CVD (non-fatal more than fatal) risks in diabetes. However, the less well appreciated age differentials in risk, whereby younger-onset type 2 diabetes is shown to be much more pathogenic, is better highlighted with a call for more aggressive management in these groups. In addition, a need for a greater focus on abnormal fluid volume shifts in diabetes is made, since such knowledge may further our ability to reduce risk for fatal CVD in diabetes, as well as renal decline and heart failure.

Other articles in this supplement include: