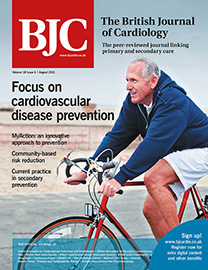 Modern medical practice calls for an evidence-based approach. The best medicine is, therefore, built on a foundation of the best evidence. The best evidence, in turn, comes from the best research. When it comes to the use of drug therapy this is provided by the most scientifically robust and ethically sound clinical trials.  The history of clinical trials has clearly shown us that while they are essential for the progress of medical practice; their conduct may also be harmful to participants.1 A lack of ethical conduct and failure to uphold basic human rights have prompted the introduction of several codes of practice to guide and constrain the activities of investigators. Our patients require protection and never more so than in the context of clinical research.

The glucagon-like peptide-1 (GLP-1) receptor agonists are a new class of injected drugs for the treatment of type 2 diabetes. They mimic the action of GLP-1 and increase the incretin effect in patients with type 2 diabetes, stimulating the release of insulin. They have additional effects in reducing glucagon, slowing gastric emptying, and inducing satiety. In clinical practice they are associated with significant reductions in glycosylated haemoglobin (HbA1c), weight loss and a low risk of hypoglycaemia. Beneficial effects have also been observed on blood pressure and lipids. The possibility of cardiovascular benefit is now being formally examined in large randomised-controlled trials with primary cardiovascular end points.

MyAction: an innovative approach to the prevention of cardiovascular disease in the community

We developed and piloted an innovative family-centred preventive cardiology programme (MyAction) that aimed to both integrate the care of patients with vascular disease with that of individuals identified at high multi-factorial risk and help them achieve recommended lifestyle, medical risk factors and therapeutic targets. The 16-week nurse-led programme was delivered by a multi-disciplinary team, including a dietitian, physical activity specialist and cardiologist, in a community setting. Of 206 patients who attended the initial assessment, 54% attended with their partner and 142 patients completed the programme (69%). By the end of the programme, there was a significant improvement seen in adherence to a Mediterranean diet, as well as substantial increases in physical activity levels supported by objective evidence of improved functional capacity. These changes contributed to significant reductions in body mass index (BMI), weight and abdominal obesity. Very similar changes were seen in partners. Blood pressure control also improved significantly, as did achievement of the low-density lipoprotein (LDL)-cholesterol target, and there was a significant increase in the use of cardioprotective medication. Quality of life also improved in both patients and partners. The significant changes achieved by the MyAction preventive cardiology programme should substantially reduce the cardiovascular risk of these patients and their partners in the future.

Reducing morbidity and mortality among post-myocardial infarction (MI) patients requires the implementation of effective secondary measures. This survey examined current practice by assessing the view on, and adherence to, National Institute for Health and Clinical Excellence (NICE) guidance on MI secondary prevention in a sample of general practitioners (GPs) and cardiologists. There were 303 respondents from Scotland and England, including at least 10 GPs and one cardiologist from each English Strategic Health Authority. Although drug treatment post-MI generally complied with NICE recommendations, diet and lifestyle aspects were not implemented fully. There appeared to be sub-optimal integration between primary and secondary healthcare providers. Both GPs and cardiologists underestimated the importance of tailoring secondary prevention services to the individual and the role of omega-3 fatty acid treatments (where required) to supplement dietary intake. There is a clear need to improve compliance of healthcare professionals with many of the key priorities for implementation outlined in the NICE guidelines. In addition, patient-centred cardiac rehabilitation services should be standardised and include strategies to improve patient uptake.

Ranolazine in the management of chronic stable angina

Ranolazine has been evaluated in three trials in patients with stable angina (MARISA, CARISA and ERICA) and one large trial of patients with non-ST elevation acute coronary syndromes (MERLIN-TIMI 36). It has shown an improvement in exercise performance and a decrease in angina attacks. Ranolazine has similar efficacy in younger and elderly patients. Observational experience with ranolazine from a large UK centre is described.

This study examined the effect of a community-based intervention on the natural rise with age of the Framingham 10-year risk score. Patients in the 45–64-year-old age group from 10 general practices were sent an invite card including five self-screening questions. Those with any of the prescribed risk factors were invited to arrange an appointment to assess their risk of heart disease, where a Framingham risk score was calculated and advice given, and then invited for re-assessment around 18 months later.

Of 6,704 individuals contacted, 2,017 individuals (30.1%) arranged a health check, 982 followed up, and risk scores were calculated on 727. A significant reduction in the geometric mean Framingham risk was observed (from 10.65% to 10.34%), largely attributable to improvements in systolic blood pressure, high-density lipoprotein (HDL), reduced smoking and, perhaps, increased fruit and vegetable consumption. Although participants were 1.5 years older at follow-up, their risk profile corresponded to being 0.55 years younger, and, arguably, progression of risk was wound back by just over two years. Some self-selection bias was apparent, as those followed up had higher mean anxiety/depression scores at baseline.

In conclusion, community interventions can reduce cardiovascular risk even in deprived communities, although further analysis is required to establish cost-effectiveness.

Implementation of the new NICE guidelines for stable chest pain: likely impact on chest pain services in the UK

National Institute for Health and Clinical Excellence (NICE) guidelines for the management of chest pain suggest a care pathway based on symptoms and clinical risk, which differs from that currently used in most hospitals. To compare the impact on workload, and costs of these guidelines with the current ‘exercise electrocardiogram (ECG)’-based service, a retrospective review of 150 patients referred to our rapid access chest pain clinic was performed. We compared investigations under the current system with that expected under the NICE guidelines. Cost analysis was performed to compare the two methods. GP questionnaires investigated likely changes in primary care referrals.

Audit of the NT-ProBNP guided transthoracic echocardiogram service in Southend

Heart failure is one of the most common conditions in industrialised society. Plasma N-terminal prohormone of brain natriuretic peptide (NT-ProBNP) levels are raised in heart failure and increase with severity and New York Heart Association functional class. A NT-ProBNP level guided community echocardiogram service has been in place at Southend University Hospital since 2005. A previous audit of the service in 2006 showed that a cut-off point of 300 pg/ml provided a negative predictive value of 97% for detecting significant left ventricular systolic dysfunction, defined as an estimated ejection fraction of less than 40%. We have now repeated the audit for the calendar year 2008 and have shown that an additional cut-off point of 450 pg/ml can be applied to the over 75 age group with a reassuring negative predictive value of 96%.

Latest news from the world of cardiology

NHS Improvement: what is the future for heart and stroke services? On the eve of his retirement, the outgoing National Director for Heart Disease and...

The Oblique View – Watch your language!