SGLT2 inhibitors are a new class of oral drugs for the treatment of type 2 diabetes mellitus currently in phase III studies. They inhibit glucose re-absorption in the proximal renal tubules providing an insulin independent mechanism to lower blood glucose. Their use in clinical practice is associated with improved glycaemic control, weight loss and a low risk of hypoglycaemia. Phase III cardiovascular safety studies are ongoing. 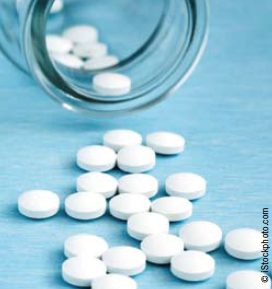 Type 2 diabetes mellitus is a major risk factor for developing both microvascular (retinopathy, nephropathy and neuropathy) and macrovascular complications (coronary heart disease, cerebrovascular disease and peripheral vascular disease).1 The link between maintaining good glycaemic control and prevention of these complications is well established.2-4 Guidelines recommend a target glycosylated haemoglobin (HbA1c) of 7% or less, but a large number of patients fail to meet this target and, as of yet, no ideal pharmacological blood glucose-lowering agent exists.

Existing pharmacological therapies, which have been previously described in this series, are focused on reducing insulin resistance, increasing insulin secretion, slowing carbohydrate digestion, restraining glucagon production, and supplying exogenous insulin. Treatment with traditional glucose-lowering therapies, including metformin, sulphonylureas and insulin, is commonly limited by gastrointestinal side effects, weight gain and hypoglycaemia.2,3 Treatment with thiazolidinediones has been associated with cardiovascular safety concerns, weight gain, increased fracture risk and fluid retention.5,6 Dipeptidylpeptidase-4 (DPP-4) inhibitors are well tolerated, but are merely weight neutral. Glucagon-like peptide-1 (GLP-1) analogues result in moderate weight loss, but they need to be injected and their use is limited by gastrointestinal side effects.7 The increasing prevalence of type 2 diabetes, in combination with limitations of current therapies, has led to the search for newer alternatives. SGLT2 inhibitors represent a novel ‘glucuretic’ therapeutic strategy for the treatment of type 2 diabetes, and are currently in phase III trials.

Under normal physiological conditions, approximately 180 g of glucose is filtered by the kidney daily. Almost all of this is re-absorbed into the circulation via sodium glucose co-transporters (SGLTs). SGLTs transport sodium and glucose into cells using the sodium gradient created by sodium/potassium ATPase pumps at the basolateral cell membranes. Glucose is then transported passively by GLUT2 along its concentration gradient into the interstitium. Approximately 10% of renal glucose re-absorption occurs via SGLT1, and the remaining 90% occurs via SGLT2, which is found in the early proximal tubule.8

Phlorizin, a bitter white glycoside isolated from apple tree bark by French chemists in 1835, is a naturally occurring inhibitor of both SGLT1 and SGLT2 and was used for the treatment of diabetes in the pre-insulin era. Its use was limited by poor oral bioavailability and side effect profile. SGLT1 is expressed in the intestinal mucosa as well as the kidney. Its use as a therapeutic target is limited by side effects from malabsorption of glucose and galactose in the small intestine.8

Several specific SGLT2 inhibitors are currently under development including dapagliflozin, canagliflozin, empagliflozin, ipragliflozin and tofogliflozin. These work independently of insulin to prevent glucose re-absorption from the glomerular filtrate resulting in a reduced renal threshold for glucose, glycosuria and net calorie loss (figure 1).8

Of the SGLT2 inhibitors under development, dapagliflozin is furthest along in development. Phase I clinical data indicate that dapagliflozin has a pharmacokinetic profile of a once-daily drug with good oral bioavailability. It produces glycosuria in a dose-dependent fashion with a maximum plasma concentration within two hours and a mean half-life ranging from 11 to 17 hours.9

In phase IIa studies, dapagliflozin administered at 5 mg, 25 mg and 100 mg doses inhibits approximately 40% of renal glucose re-absorption when compared with baseline resulting in excretion of up to 70 g of glucose per day.10 Overall, dapagliflozin was well tolerated. Reported side effects include a higher incidence of genital fungal infections, particularly at higher doses.

Less published data are currently available on canagliflozin. A phase I study has recently reported that canagliflozin also produces glycosuria in a dose-dependent fashion and is well tolerated in healthy euglycaemic subjects.11

Ferrannini et al. randomised 485 drug-naïve obese patients with poorly controlled type 2 diabetes to 24 weeks’ treatment with either placebo or dapagliflozin 2.5 mg, 5 mg or 10 mg once daily. Metformin was added in at 12 weeks to the maximum tolerated dose in those patients who remained poorly controlled at that stage. Overall, a mean reduction in HbA1c ranging from 0.58 to 0.89% was observed in the dapagliflozin group compared with 0.23% in the placebo group. The reduction was statistically significant in the 5 and 10 mg dapagliflozin arms (p=0.0005 and p<0.0001, respectively). No major episodes of hypoglycaemia were observed. Signs and symptoms of urinary and genital tract infection were more frequent in the dapagliflozin arms. All resolved with standard treatment and rarely led to discontinuation.13 Further phase III trials of dapagliflozin and canagliflozin monotherapy are ongoing.

In a phase IIb multi-centre, double-blind, three-arm, parallel-group, placebo-controlled study, Wilding et al. randomised 71 patients receiving high-dose insulin plus insulin sensitisers to treatment with either placebo, 10 mg dapagliflozin or 20 mg dapagliflozin. All oral antidiabetic agents were continued, but baseline insulin doses were reduced by 50%. At week 12, HbA1c levels in the dapagliflozin 10 mg and 20 mg groups fell by 0.70% and 0.78%, respectively, when compared with placebo.15 Further phase III trials of combination therapy for both dapagliflozin and canagliflozin are ongoing.

The long-term benefit of tight blood pressure control in patients with type 2 diabetes is well established. In the UK Prospective Diabetes Study (UKPDS) patients assigned to the tight blood pressure arm had a relative risk reduction of 24% for any diabetes-related end point, 32% for diabetes-related death, 44% for stroke and 37% for microvascular disease.16 Dapagliflozin, as monotherapy or as an addition to metformin therapy over periods of 12–24 weeks in doses of 2.5–10 mg per day, has been noted to reduce blood pressure. This is possibly mediated through net sodium loss. Doses of 10 mg/day reduced mean systolic blood pressure in the groups studied by 3–5 mmHg and diastolic blood pressure by approximately 2 mmHg with no apparent change in heart rate or increase in syncopal episodes.12-14 This small decrease in blood pressure may convey additional cardiovascular benefit in addition to the effects of improvement in glycaemic control and reduced weight.

Evidence for cardiovascular safety and benefit

The cardiovascular effects of long-term SGLT2 inhibition remain unknown. The Food and Drugs Administration (FDA) requires evidence that new treatments for diabetes do not increase cardiovascular risk. For dapagliflozin these data are being obtained from the study programme, which includes two ongoing phase III studies evaluating the safety and efficacy of dapagliflozin therapy in patients with type 2 diabetes and established cardiovascular disease and/or hypertension. Both of these are expected to complete in December 2011. Cardiovascular safety data for canagliflozin is being obtained from a large, dedicated phase III study: CANagliflozin cardiovascular Assessment Study (CANVAS). This will evaluate the use of canagliflozin or placebo in the treatment of around 5,000 patients with type 2 diabetes with a history of, or high risk for, cardiovascular disease. The primary end point for this study will be the incidence of major cardiovascular events including cardiovascular death, non-fatal myocardial infarction and non-fatal stroke. The study is expected to run for four years and to complete in April 2013. If the safety parameters are met and the drug obtains a licence it is the intention to expand this into a study of possible cardiovascular benefits in 20,000 patients.

Extrapolation from the mechanism of action of SGLT2 inhibitors raises the possibility of side effects such as dehydration and electrolyte loss, although this is generally not supported by the results of the studies discussed above. Familial renal glycosuria (FRG) is a rare condition caused by a mutation in the SGTL2 gene. Subjects with FRG exhibit varying degrees of glycosuria, however, remain asymptomatic, do not become dehydrated or become hypoglycaemic.8 This disease model of SGLT2 inhibition is reassuring in terms of adverse long-term outcomes.

12 weeks’ treatment with 20 mg/day of dapagliflozin resulted in a mean increase in daily urine output of 107–375 ml/day secondary to a mild osmotic diuresis.12 Study populations were counselled about symptoms of dehydration and their avoidance with adequate fluid consumption, and this generally seemed effective. One patient in a phase II study with dapagliflozin developed dehydration and renal impairment. This resolved with oral rehydration and withholding their angiotensin-converting enzyme (ACE) inhibitor and diuretic treatment.15 In contrast to individuals with FRG, a relatively high proportion of patients with diabetes are likely to be treated with ACE inhibitors and diuretic therapy, and are likely to have an increased prevalence of comorbidities, such as renal impairment, cardiovascular disease and autonomic neuropathy, and, thus, further evidence from phase III studies is still required to evaluate the safety and efficacy of SGLT2 inhibition in the long term, including possible effects on cancer.

SGLT2 inhibitors offer a novel insulin-independent approach for the control of hyperglycaemia without incurring hypoglycaemia. Their efficacy is not affected by the extent of insulin resistance or beta-cell dysfunction and, therefore, in principle, they can be used at any stage in the natural history of type 2 diabetes. Initial studies suggest they can be used as monotherapy or in combination with insulin or metformin. Treatment is associated with mean weight loss and a small reduction in blood pressure, which may also be beneficial to patients with co-existing cardiovascular disease. Further trials regarding long-term cardiovascular outcomes are ongoing.

Dapagliflozin approved in the EU for heart failure