Coffee and caffeine intake may significantly reduce the incidence of type 2 diabetes, according to a new meta-analysis published in the European Journal of Clinical Nutrition.

Pertinent studies were identified by a search of PubMed and EMBASE. The fixed- or random-effect pooled measure was selected based on between-study heterogeneity. Dose–response relationship was assessed.

Commenting on the implications of this study (doi: 10.1007/s00394-013-0603-x), London general practitioner Dr Sarah Jarvis said: “There is growing evidence to suggest that moderate coffee consumption, that’s four to five cups per day, may have a protective effect against the development of type 2 diabetes. This new analysis adds to the weight of research in the area and is very relevant to us here in the UK given the high prevalence of type 2 diabetes.”

The first clinical trial to compare e-cigarettes with an established smoking cessation aid, nicotine patches, has found that both methods result in comparable quitting success. Roughly similar proportions of smokers who used either method remained abstinent from smoking for six months after a 13-week course of patches or e-cigarettes, the authors report.

At the end of the six-month study period, around one in 20 study participants (overall, 5.7%) had managed to remain completely abstinent from smoking. While the proportion of participants who successfully quit was highest in the e-cigarettes group (7.3%, compared to 5.8% for those in the nicotine patches group, and 4.1% in the placebo e-cigarettes group), these differences were not statistically significant. 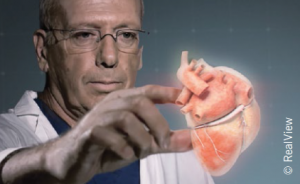 In addition to viewing the patient’s heart on a 2D screen, doctors in the interventional team were able to view detailed 3D holographic images of the heart appearing in free space, without using special eyewear. The doctors were also able to manipulate the projected 3D heart structures by touching the holographic volumes in front of them.

Women have greater shortness of breath than men when exercising due to greater electrical activation of their respiratory muscles, shows a new study from Experimental Physiology (doi: 10.1113/expphysiol.2013.074880).

At regular intervals during exercise, participants rated the intensity of their breathlessness using a 10-point scale. Using a multipair electrode catheter placed in the participants’ oesophagus, authors also recorded the electromyogram of the diaphragm throughout exercise. These measurements were then analysed and compared between men and women.

Lead author Dr Dennis Jensen (McGill University, Canada) said: “Our study uniquely showed that sex differences in activity-related breathlessness could be explained by the awareness of greater electrical activation of the respiratory muscles – specifically the diaphragm – needed to achieve any given ventilation during exercise in healthy young women compared to men.”

An analysis of a primary care database has shown that in a sample group of over 7,000 patients who were discontinued from ezetimibe, approximately one third did not receive a cholesterol measurement in the six months prior to the treatment being stopped, and of patients who did have a measurement, 30% were removed in spite of not having achieved the minimum QOF target for total cholesterol.

General practitioner Professor Michael Kirby (University of Bedfordshire) said of the results: “It is concerning to note that patients were being removed from a treatment in the absence of cholesterol levels being known. What is more concerning, however, is the safety implications of not retesting once a medication has been stopped or changed. Yes, cost constraints are ever present; however, leaving risk factors suboptimally controlled just for short-term financial wins is of concern.”

Researchers from Athens, Greece, conducted a meta-analysis of nine randomised controlled trials. They evaluated whether psychological interventions could improve outcomes of patients with coronary heart disease when combined with a conventional rehabilitation programme.

Colestilan (BindRen®) is now available for the treatment of hyperphosphataemia in adult patients with chronic kidney disease (CKD) Stage V, receiving haemodialysis or peritoneal dialysis in the UK, according to Mitsubishi Pharma Europe Ltd.

Hyperphosphataemia is characteristic of end-stage renal disease (ESRD) and occurs when the kidneys do not properly filter phosphate. Control of serum phosphate presents a significant challenge in the management of CKD with more than half of ESRD patients not adhering to phosphate binding medication.

Dr Alastair Hutchison (Manchester Institute of Nephrology & Transplantation) said: “Adherence to phosphate binding medication remains a major issue. The unique granule formulation of BindRen® represents a new approach to phosphate management – since in my view the most effective treatment is to prescribe a phosphate binder that patients will actually take.”

Post-MI oxygen not supported by evidence

Oxygen therapy following myocardial infarction (MI) may do more harm than good, according to a Cochrane Review (doi: 10.1002/14651858.CD007160.pub3) conducted by academics from City University London, the University of Birmingham and the University of Surrey, together with colleagues in Spain.

Authors analysed high-quality randomised controlled trials that compared oxygen and air, their findings highlighting a paucity of research behind this intervention:

Only four trials of oxygen were available, which had enrolled a total of 430 participants

There were 17 deaths in total, and more than twice as many people given oxygen died compared to those given air in these trials

This result is not statistically significant but shows a clear need for more research into the use of oxygen therapy for the treatment of acute MI.

Co-author Professor Amanda Burls (City University) said: “There is an urgent need for an adequately powered randomised controlled trial to establish the effectiveness of, or harm from, the administration of oxygen to people with an acute MI.”

Patients with diabetes at high risk for aortic valve surgery had a 35% lower all-cause mortality one year after treatment with transcatheter aortic valve implantation (TAVI), than those treated with surgical aortic valve replacement (AVR), according to a new post-hoc data analysis from the PARTNER (Placement of Aortic Transcatheter Valves) trial.

The data were presented at the ESC Congress 2013 held recently in Amsterdam, by PARTNER investigator Dr Brian Lindman (Washington University School of Medicine, St. Louis, USA). “While this was not a pre-specified analysis of the trial and should be considered hypothesis generating, our study raises the possibility that TAVI may be the preferred approach for diabetic patients with severe symptomatic aortic stenosis who are at high surgical risk,” he said.