The draft acute heart failure clinical guideline from the National Institute of Health and Care Excellence (NICE) is now out for consultation with stakeholders. Guideline recommendations, available on http://www.nice.org.uk, include advice that people with suspected acute heart failure should be seen by a specialist team with a heart failure service at hospital. Currently practice is not standardised across hospitals and many patients are not treated by a dedicated service.

…and also on ICDs and CRT

Draft technology appraisal guidance on the most clinically and cost-effective implantable devices for people at risk of sudden cardiac death because of heart failure has been published by NICE. The draft guidance covers implantable cardioverter defibrillators (ICDs) and cardiac resynchronisation therapy (CRT) and is currently out with consultees.

Carmat, the designers and developers of the bioprosthetic artificial heart featured in the last issue of BJC (Br J Cardiol 2014;21:9), have announced it will continue its first-in-man clinical trials with the artificial heart providing an alternative for people suffering from terminal heart failure.

This follows the death of the first patient to have the device implanted, two and a half months after implantation. This first implantation took place as part of an approved feasibility study involving four patients in an immediate life-threatening situation. The heart beat for 74 days following its implantation at the Georges Pompidou European Hospital in Paris. An analysis of the data is being carried out in accordance to the clinical trial’s protocol. “Given these specific conditions, the clinical monitoring of a patient for 30 days or more after the artificial heart is implanted is considered to be encouraging,” the manufacturers say.

The new technology offers hope to patients with severe mitral valve disease who are too ill to survive open heart surgery. Dr Vinayak Bapat (Cardiac Surgeon, St Thomas’ Hospital, London), a member of the team who carried out the procedures said: “At this early stage, we are very pleased with the initial recoveries of these patients. We will closely monitor their progress and improvements in their quality of life.”

Hospitalisation for heart failure is one of the most common and prognostically important complications of diabetes, according to a review of evidence by Professor John McMurray (University of Glasgow) and colleagues published recently in Diabetes & Endocrinology (doi: 10.1016/S2213-8587(14)70031-2).

The authors found that, despite a growing body of evidence showing that some glucose-lowering drugs increase the risk of heart failure, clinical trials rarely considered it a key outcome, or even as part of composite cardiovascular outcomes.

Cardiovascular outcome trials have typically used so-called major adverse cardiovascular events (MACE) as a primary outcome usually including cardiovascular death, myocardial infarction, and stroke. However, the authors argue that heart failure can be more common than any of these other cardiovascular outcomes, especially in patients with advanced diabetes, and it is also more closely associated with premature death. Its omission as a key end point in clinical trials could mean that important cardiovascular effects of the glucose-lowering drugs being tested are being overlooked, they say. 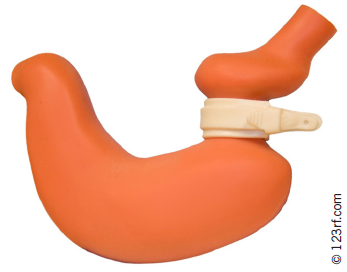 Obese people who have stomach surgery to help them lose weight could halve their risk of heart attack, according to a study published recently in the International Journal of Cardiology (doi: 10.1016/j.ijcard.2014.02.026).

Researchers reviewed data from more than 29,000 patients who underwent bariatric surgery finding that, compared to non-surgical controls, they showed a greater than 50% reduction in mortality. The study also showed that bariatric surgery is associated with a 50% reduction in risk of myocardial infarction (MI), stroke and composite adverse cardiovascular event compared to obese people who did not have surgery.

Speaking to BJC Arrhythmia Watch, senior author of the study, Dr Yoon Loke (UEA Medical School, Norwich) said: “This is the first systematic review to suggest benefits of bariatric surgery in reducing heart attacks and death. If these findings were confirmed in the NHS setting, then bariatric surgery may well prove to be better value for money than originally anticipated”.

Care of patients with heart failure in the UK is inadequate and has not changed in a decade, according to a survey published recently in BMJ Open (doi: 10.1136/bmjopen-2013-003866).

The study, carried out by a team at Durham University and Darlington Memorial Hosptial, involved interviewing GPs, cardiologists, physicians and heart failure nurses in small focus groups. Using this information, a survey was carried out on 500 clinicians to compare heart failure care across the UK.

The results highlight inadequacies in heart failure care as well as an uncoordinated approach to diagnosis and management between primary and secondary care. Researchers led by Professor Ahmet Fuat (School of Medicine, Durham University) found that clinicians are uncertain about how to diagnose different types of heart failure and about who has overall responsibility for management.

The findings will be used to develop further research to improve diagnosis and care for heart failure patients in the areas of GP education, end-of-life care, and care pathways for diagnosis and management, the authors say.

The study was funded by Heart Research UK.

There have been licence changes for the new oral anticoagulants (NOACs) apixaban and dabigatran. Apixaban (Eliquis®, Pfizer and Bristol-Myers Squibb) has received a positive CHMP (European Medicines Agency Committee for Medicinal Products for Human Use) opinion for its use in cardioversion. This means patients will not have to change anticoagulation therapy prior to the procedure. An addition to the SmPC will state that patients are able to stay on apixaban while being cardioverted.

The decision follows results from a subanalysis of the ARISTOTLE (Apixaban for Reduction in Stroke and Other Thromboembolic Events in Atrial Fibrillation) trial, which shows apixaban is more effective than warfarin in reducing the risk of stroke or systemic embolism, with fewer major bleeding events and a lower risk of all-cause mortality. The study – published recently in the European Heart Journal (doi: 10.1093/eurheartj/ehu046) – found that this improvement was independent of age.

Dabigatran (Pradaxa®, Boehringer Ingelheim) has also received a positive CHMP opinion to extend its licensed indications to include the treatment of deep vein thrombosis (DVT) and pulmonary embolism (PE) and prevention of DVT and PE in adults.

A new multidisciplinary group, Heart Valve Voice, has been launched, bringing together patients and doctors in the growing field of heart valve disease. The group aims to raise awareness of the severity of the disease, encourage its timely detection and ensure more patients receive the right treatment at the right time.

Professor Ben Bridgewater, Chair of the group and Consultant Cardiac Surgeon (University Hospital of South Manchester) said: “Heart valve disease can have catastrophic consequences if the symptoms are mistaken or simply put down to being a sign of ageing. At the moment many people are referred to surgery too late and as a result they do not derive the optimal benefits from surgery and their future health may be compromised.”

According to a survey the group commissioned, less than 3% of the UK’s over 60s are concerned by heart valve disease, and nearly half of those over 60 do not know what aortic stenosis is. Almost 60% of people over 60 claimed that their GP rarely or never checks their heart with a stethoscope during a consultation, the survey also found.

“It is important that we push for earlier diagnosis and treatment, and this is what Heart Valve Voice aims to do,” Professor Bridgewater added. Further information can be found on http://www.heartvalvevoice.co.uk

70% of UK adults are unaware of their cholesterol level or its potential impact on their health, according to a nationwide awareness campaign launched recently by Flora.

The campaign focused on residents of Rutland, the smallest county in England, who were challenged to a three-week programme of healthy eating and activity to demonstrate the positive impact of lifestyle changes. Results showed that 82% of participants lowered their cholesterol over that time.

The challenge included healthy eating and recipe advice, and a range of group fitness activities with weekly ‘catch-up’ sessions to support participants. Dietitian Jacqui Morrell, who advised the community on how to adapt their diets, said: “Cutting back on saturated fats, introducing cholesterol-lowering foods into your diet and being more active is easier than people think…a healthy community is a strong community, and we hope Rutland will inspire the nation”.

A walk around the right heart

A report on highlights from the recent British Society of Heart Failure day for training and revalidation ‘A walk around the heart’ is available on https://bjcardio.co.uk. The report concentrates on sessions looking at the right heart including the right ventricle and pulmonary hypertension.