Oral anticoagulation has been restricted to vitamin K antagonists (VKAs) for more than 50 years. Starting in the last decade of the past century, central coagulation factors such as thrombin and factor Xa were explored as potential targets for the development of novel oral anticoagulants (NOACs). This led to the successful development and approval of a novel class of direct oral anticoagulants targeting factor Xa. Rivaroxaban was the first of the novel class of agents named ‘xabans’ that are direct oral factor Xa inhibitors. Since its initial approval for thromboembolic prophylaxis after hip and knee surgery in 2008, rivaroxaban also gained approval as an oral anticoagulant to prevent stroke and systemic embolism in patients with non-valvular atrial fibrillation (NVAF) in 2011 and for the treatment of deep vein thrombosis (DVT) and pulmonary embolism (PE) and prevention of recurrent DVT and PE in adults in 2012. The single daily fixed dosing regimen for patients with NVAF offers a more convenient treatment option compared with VKAs.

Availability of NOACs in the clinic 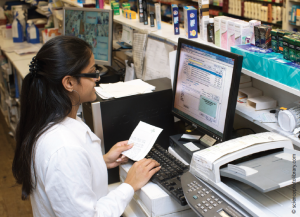 Clinicians are well aware of the shortcomings of VKAs and every physician who routinely sees patients on long-term oral anticoagulation with VKAs has seen at least one severe bleeding, especially intracranial bleeding, as a major adverse event. Therefore, the development of NOACs1 with a wider therapeutic window and no need for routine coagulation monitoring was eagerly awaited. The adverse events (liver failure) that have been observed with the oral direct thrombin inhibitor ximelagatran and the subsequent withdrawal of the drug did disappoint many clinicians. However, it did not break the enthusiasm; it even facilitated the intensive clinical development of alternative substances as NOACs. This ended successfully with the clinical approval of the first direct factor Xa inhibitor, rivaroxaban, as an oral anticoagulant.

Considerations regarding patient selection for NOACs

All of the NOACs are at least as effective in the prevention of stroke and systemic embolism as the VKAs.2 However, in clinical studies there were significantly fewer intracranial and fatal bleeding events with NOACs compared with VKAs, although a statistically significant increase in the number of gastrointestinal bleeds, and a recent meta-analysis suggests a general net clinical benefit of NOACs over VKAs.2 Despite this, there is currently no urgent need to switch every patient who fares well with a VKA to a NOAC. However, a switch should be considered in those patients with undulating INR values on VKA treatment or those with previous severe bleedings on VKA. In addition, there are some patients who do not want to accept the constraints of a VKA therapy and, therefore, actively ask for a NOAC therapy.

Switching from VKA to rivaroxaban 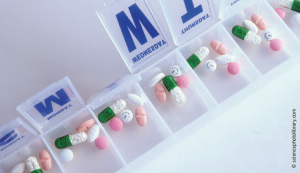 The successful development of novel medical therapeutics is a process that usually needs a time period of >10 years. The costs for the development period will have to be covered by the marketing of the new drug in the long term. In an ideal situation, the novel therapeutics will be more cost-effective in patient treatment compared with the standard therapy. The first cost-effectiveness analysis for the NOACs (including apixaban, dabigatran and rivaroxaban) indicated that all NOACs are more cost-effective compared with the VKA warfarin.3 The cost for a one-year therapy with the NOACs and warfarin in the US served as the basis for this calculation. Given the current availability of more than one NOAC and the rules of the market, it appears to be likely that the costs for a therapy with NOACs will come down. Therefore, it may be expected that the NOACs, including rivaroxaban, are even more cost-effective compared with the standard therapy with VKAs in daily clinical practice.

In daily clinical practice we are currently in the luxurious situation that several NOACs have obtained clinical approval. One of the NOACs (dabigatran etexilate) belongs to the class of the direct thrombin inhibitors. The other two currently approved drugs (rivaroxaban and apixaban) belong to the group of the factor Xa inhibitors. Among them, rivaroxaban is the substance with the widest breadth of indications as a NOAC. In the near future we may see the clinical approval of another, edoxaban, as the phase III study ENGAGE-AF TIMI 48 has found edoxaban to be non-inferior to warfarin with respect to the prevention of stroke and systemic embolism.4 Given the favourable outcomes in clinical trials with NOACs compared with INR guided therapy with VKAs, it is likely that data from daily clinical practice will confirm a general benefit of the NOACs compared with VKAs.

Therefore, the future challenges will include the choice of the best NOAC for the individual patient. As there are currently no direct clinical comparisons between the NOACs available, detailed clinical considerations (age, renal function, concomitant coronary artery disease, bleeding risk and risk for stroke or systemic embolism) will have to be taken into account. The range of the approved clinical indications, as well as the therapeutic window for the single agent, will also play a major role in guiding the physician’s recommendation. Furthermore, the current development of a reversal agent (recombinant factor Xa lacking catalytic activity) that appears to be capable to reverse all (indirect or direct) factor Xa inhibitors5 and the lack of a negative signal in patients with concomitant coronary artery disease for the oral direct Xa inhibitors in general6 and a mortality reduction in the secondary prevention after acute coronary syndrome (ACS) with rivaroxaban7 may point the future direction in the use of NOACs in daily clinical practice.