ESC guidelines and differences between NOACs

Following the roll-out of the novel oral anticoagulants (NOACs), the European Society of Cardiology (ESC) published in 2012 a focused update of its guidelines for the management of atrial fibrillation (AF). Since the NOACs tested in clinical trials all showed at least non-inferiority when compared with vitamin K antagonists (VKAs), with a better safety profile, particularly with reduction in intracranial haemorrhage (ICH), the ESC 2012 guideline recommended NOACs as broadly preferable to VKAs in the vast majority of patients with non-valvular AF (NVAF).1 In 2013, the European Heart Rhythm Association (EHRA) of the ESC published a practical guide on the use of NOACs, providing advice on various clinical scenarios, including initiation and follow-up, assessing anticoagulant effect, drug–drug interactions, switching between oral anticoagulants (OACs), management of bleeding, patients with chronic kidney disease, coronary disease, and those undergoing elective surgery, ablation or cardioversion.2 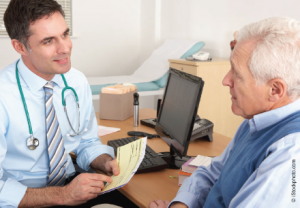 Due to the absence of head-to-head trials and heterogeneity in trial design, there was insufficient evidence to recommend one NOAC over another. However, there are practical differences between the agents available, which clinicians need to be familiar with.

1. Although all NOACs are licensed for stroke prevention in NVAF based on large, prospective randomised trials, there were important differences in trial design. The trial of dabigatran was not double blind,3 unlike the studies with rivaroxaban4 and apixaban,5 and there were differences in baseline thromboembolic risk, which was highest in the ROCKET-AF study.4 However, the primary end point of the studies was the same (total stroke and systemic embolism). Furthermore, dabigatran 150 mg b.i.d. and apixaban were shown to be superior to VKA,3,5 whereas rivaroxaban and edoxaban have been shown to be non-inferior to VKA.4,6 (Absolute risk reduction when compared with VKA ranged from 0.03–0.75.3–5)

2. Renal excretion is higher with dabigatran, so particular caution is needed with dabigatran in patients with renal impairment.3 None of the NOACs are indicated in severe or end-stage renal disease.

4. Absolute major bleeding events occurred less frequently with apixaban and low-dose dabigatran (110 mg b.i.d.) than with the other agents, with the caveat that this is based on non-head-to-head comparisons and definitions for bleeding outcomes were heterogeneous analyses.

5. Dosing: rivaroxaban is a once-a-day drug, whereas dabigatran and apixaban need to be taken twice daily. This may have an important impact on compliance.

6. Dosette box: dabigatran cannot be prepacked into a Monitored Dosing System such as a dosette box, since dabigatran requires protection from moisture after being removed from the blister pack.11 This may have important implications for the elderly, those with memory impairment or those whose carers administer and prepare their medications. Similarly, unlike rivaroxaban, dabigatran cannot be crushed, or put through a tube, immediately followed by enteric feeding, so may present issues for patients with swallowing difficulties.

Uptake in Europe versus US

Uptake of NOACs in the US was swift. After a year on the market, dabigatran, the first FDA approved NOAC was being used in 16% of AF patients. By August 2012, more than 3.7 million US patients were taking dabigatran. Although in 2012, Japan and Australia issued safety warnings regarding the bleeding risk with dabigatran, the FDA released a report that year concluding that dabigatran does not present a higher bleeding risk than warfarin. However, more recent guidelines still back up the warnings of a higher bleeding risk.12 Uptake in Europe has been slower. Two recently published registries show that NOAC use has increased in Europe after the publication of ESC guidelines, but use is still low. The EuroObservational Research Programme-Atrial Fibrillation (EORP-AF) Pilot General Registry results published in December 2013 showed that among 3,119 patients in nine European countries (not including the UK), some 80% overall received OACs, most often VKA (71.6%), with only 8.4% receiving a NOAC, although notably NOACs were not widely available in all countries.13 The PREFER in AF registry (Prevention of thromboembolic events – European Registry in Atrial Fibrillation) of 7,243 patients in seven European countries, including the UK, showed that >80% of patients were anticoagulated, predominantly with VKA monotherapy (66.3%), and only 6.1% received a NOAC.14

NOAC uptake in the UK

The National Institute for Health and Care Excellence (NICE) determines the costeffectiveness of novel interventions. The incremental cost-effectiveness ratio (ICER) is the ratio of the change in costs to incremental benefits of a therapy, and used to guide decision-making in health economics. NICE’s preferred form of ICER is the Quality Adjusted Life Year (QALY) gained by implementing the new intervention. NICE tends to accept as cost-effective those interventions with an ICER of <£20,000 per QALY.

NICE has published technology appraisals for all three NOACs, dabigatran in March 2012 (guidance.nice.org.uk/ta249), rivaroxaban in May 2012 (guidance.nice.org.uk/ta256) and apixaban in February 2013 (guidance.nice.org.uk/ta275), recommending each as an option for stroke prevention in patients with NVAF. All three agents are prescribed to patients with AF, with rivaroxaban being the most frequently prescribed NOAC in the UK from MAT October 2013 (figure 1).15 When NICE technology appraisal recommends use of a drug, the NHS must usually provide funding and resources for it within three months of the guidance publication, since the Department of Health considers the expected cost of implementing NICE Appraisal Guidance in setting the NHS budget. Yet, looking at the patient data, the proportion of AF patients prescribed NOACs in the UK is lower than in many European countries (4.1% – MAT December 2013).15

The introduction of a novel, expensive product can easily put pressure on a restricted prescribing budget. Thus, there is a need to agree priorities for NHS funding of therapies that compete for limited NHS resources. Local Medicine Management Committees (MMCs) have evolved and exist to facilitate consensus on the place of new drugs that have significant cost implications. MMCs make policy recommendations to primary and secondary care on the introduction of new drugs through evaluation of evidence and national guidance, to achieve cost-effective and equitable prescribing. The MMCs can also enforce generic substitution and restrictions on prescribing. Membership involves clinicians from secondary care, GP leads, pharmacists from primary and secondary care, non-clinical members of local commissioning groups and lay representatives.

Prescribing guidelines for NOACs by local MMCs vary significantly. Almost all recommend that VKAs remain the first choice of treatment for patients with AF, and NOACs are a second-line treatment. While it is agreed that NOACs should be considered as an alternative to warfarin in patients with AF, the wording of the level of stroke risk needed (e.g. CHADS2 or CHA2DS2VASC scores) and the criteria for initiating a NOAC rather than VKA varies. Generally, adverse effects with VKAs, inability to comply with monitoring requirements, and time in therapeutic range (TTR <65%) seem agreed criteria for NOAC initiation/switch. However, there is disparity in whether to initiate a NOAC in someone who has an ischaemic stroke on warfarin (with or without adequate TTR) and other groups such as those with excessive alcohol intake or those undergoing cardioversion. In fact, recent NICE guidance positions apixaban, dabigatran and rivaroxaban along with warfarin as firstline options.16 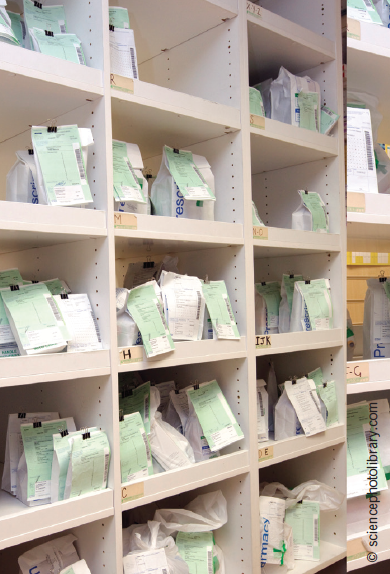 In an attempt to reduce spending on NOACs, many MMCs have chosen to highlight the negative aspects of these drugs (such as the lack of a clear antidote, or the difficulty in assessing compliance) and have played down the efficacy of NOACs in terms of stroke reduction, ICH and fatal bleeding profiles. Furthermore, although TTR may appear a logical inclusion, there is no significant evidence base for this being a significant criterion for treatment selection.

The variation among MMC guidelines and the lack of adherence to NICE and ESC 2012 recommendations, which recommend NOACs as broadly preferable to VKAs in the vast majority of patients with NVAF, and highlight the reduction in bleeding risk with NOACs, is a source of increasing frustration to many clinicians, especially in secondary care. A number of registries are under way that will provide real life longitudinal data on use, uptake and safety of OACs, including NOACs, such as GARFIELD, ROSE, and GLORIA-AF. We hope that reading/hearing about longerterm and broader use of NOACs will offer reassurance to UK practitioners – particularly around safety/bleeding profiles, and lead to increasing pressure on MMCs to adopt wider roll-out, to achieve the reduction in stroke and systemic embolism and intracranial bleeding, that all clinicians strive to achieve for their patients.