We continue our series in which Consultant Interventionist Dr Michael Norell takes a sideways look at life in the cath lab…and beyond. In this column, he muses the cardiac differences between men and women.

I was asked recently to speak at a fringe meeting that was juxtaposed to a major interventional gathering in London. My brief, ‘Gender differences in PCI outcomes’, was not a subject with which I was immediately familiar, and nor was it one upon which I was known to be authoritative, so my initial reaction was along the lines of “why me?”.

The four other speakers were all women with both well-established and well-deserved reputations as acknowledged experts in this area. Thus for a number of reasons – some more obvious than others – I was clearly going to be the odd man out.

On the face of it my work was not going to be particularly demanding; the general perception is that any differences in outcomes simply reflect the fact that females tend to declare their coronary artery disease (CAD) about ten years after males, having been protected to some extent until the menopause. So when they do present they are older and more frequently burdened with comorbidity such as hypertension, hypercholesterolaemia, peripheral vascular disease and diabetes.

This was going to be a fairly short talk supported by a sizable body of evidence such as the results of various landmark trials in patients presenting with acute coronary syndromes. The beneficial effect of an early invasive strategy is confined to men and not seen in women. 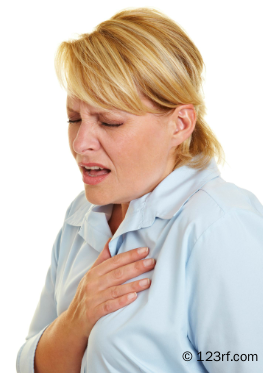 I wandered through the literature in a slightly cursory manner and as I gradually put more thought into the task that confronted me, I became aware that something odd was going on. Was it simply an issue of the increased age, and therefore more comorbidity, or are women actually different?

There are well-recognised cardiac conditions that are peculiarly confined to the fair sex; peri-partum cardiomyopathy, coronary artery dissection and Takotsubo cardiomyopathy are examples that immediately spring to mind. Similarly, coronary artery spasm (a condition originally confined to a small area of Northwest London) and microvascular dysfunction (easily remembered and over diagnosed because of its label of ‘Syndrome X’), are other phenomena with a female preponderance. And that is not to mention that female coronary arteries are smaller than those in males and therefore less amenable to surgical or percutaneous attention; that’s just a fact.

Then there’s the whole business of perception. Most women expect to die from breast cancer whilst we know that they will actually succumb with a cardiovascular death. “Heart trouble” is seen as a man’s problem. What follows provides telling justification.

Some years ago an advert appeared on British TV showing a middle-aged man with the flat of his hand across his chest and a pained expression on his face. The accompanying commentary consisted of: “Indigestion? Try Bisodol®”.

I took it upon myself to write to the Advertising Standards Authority (ASA) making the obvious point that such depictions reinforce the idea that praedcordial discomfort of this nature, and in a man of this age, is assumed to be dyspeptic rather than raising the more important possibility of it representing myocardial ischaemia. (Goodness knows; most patients when asked why they waited for two hours with their myocardial infarct before calling for an ambulance in the middle of the night will say that they thought it was indigestion).

Subsequently, and probably in no way connected to my complaint, the advert disappeared only to be replaced by a not dissimilar version, this time featuring…yes, you’ve guessed it…an albeit younger female. Admittedly her presumed reflux symptoms were to be explained by her being obviously pregnant. Nevertheless, the inference is that whilst central chest discomfort in a man might be something about which to be concerned, rest assured that is unlikely to apply to a woman with the same symptom.

There are data to indicate that women in the throes of their infarct call for help later and present with more atypical features such as epigastric pain, breathlessness, fatigue and nausea. Shock is more common and their outlook is more guarded than that in men.

The disparity between the sexes goes much farther. Women respond differently to antiplatelet treatments and the preventative effects of statins may not be as pronounced in women compared with men. The pathological nature of their coronary disease displays differences with plaque erosion rather than plaque rupture being more apparent in younger women.

It is hardly surprising that our knowledge in this area is sparse. Most trials in coronary disease recruit a majority of men; any difference that might occur in the women enrolled or randomised will be difficult to assess statistically and will be lost amid the main outcome measures driven by the response in men.

Fortunately there are now increasing numbers of registries that are able to examine treatment effects in women specifically. One such publication indicated that long-term outcome following drug-eluting stent implantation is equally favourable in both sexes. This suggests that any gender disparity in this particular area at any rate is reducing, so we might not have to “mind the gap,” as the accompanying editorial put it.

There are some glimmers of hope. The message that trials need to be designed so as to enrol more women is becoming appreciated. For example, the growing field of transcatheter aortic valve implantation (TAVI) provides such a model with which any gender-based outcome discrepancies can be better examined. Trials in this area − perhaps not surprisingly − have a higher proportion of women than that seen in typical CAD studies, this approaching 50%.

So as I finalised my talk I had a fairly good idea of the approach I was to take, but there was still one apocryphal tale that I was to include and which emerged somewhat as a result of serendipity.

I caught up with one of my sons (Charlie; in his final year at UCL) shortly before the meeting. Over a cup of tea in Starbucks on London’s Tottenham Court Road, he asked how our dog was. Nelson, as followers of my various columns will know, is a Weimaraner and is now 15 years old. That is an impressive age for the breed so my lad’s question was entirely apposite.

“He’s slowing down a bit,” I responded. “I’m sure he’s got a touch of arthritis so I gave him one of my Voltarol®  tablets”. (Authors note: I get a bit of stiffness in a knee occasionally and 25 mg of this stuff really loosens up the wheels − a bit like the Tin Man in ‘The Wizard of Oz’ responding to Dorothy’s generous use of an oil can).

Eureka. As I attempted to justify my actions I sensed my argument weakening by the second. Gradually, I realised the whole point; why on earth would you expect a treatment that works for me to benefit another individual with − in this case − a significantly different genetic make-up?

Suffice it to say that a final slide with Nelson’s picture was added to my presentation as a prompt for me to recount this conversation and so bring my talk to its conclusion.

Footnote: The dog is fine, but no different, and I racked up an hour or so of CPD that was well worth it.