The All-Party Parliamentary Inquiry1 into heart failure reported in September 2016. The inquiry’s aim was to understand what the key issues were in heart failure and what needs to happen to address deficiencies. Data presented to the inquiry highlighted the significant impact of the role played by the heart failure specialist nurse (HFSN). The evidence-base behind the role of the HFSN has shown that these highly skilled individuals have been able to reduce morbidity, mortality and provide patients and carers with holistic and effective care.2 The patients that contributed to the inquiry spoke of the immense support and care that they received from their HFSN. However, further data emphasised that access to a HFSN was inequitable, with anecdotal experience suggesting that services are being decommissioned as a result of reorganisation of services and nurse retirement. 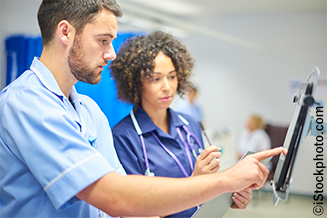 There is no precise definition of what constitutes a HFSN, and the exact number of HFSNs and where they are located is not well understood. Therefore, one of the key recommendations of the inquiry was that Health Education England should work with the Royal College of Nursing and the Nursing and Midwifery Council to ascertain the number and location of HFSNs. Despite this recommendation, no particular body appeared to come forward to undertake this crucial piece of work. At the Pumping Marvellous Foundation’s Heart Failure Summit 2017,3 which was comprised of multi-stakeholders, the commitment was made by the charity, supported by an unrestricted educational grant from Boston Scientific UK, to undertake a HFSN audit to gain an insight for the first time of a national picture of heart failure nursing in the UK. The charity, being a patient organisation, believed that the project should be led by a patient steering group, and have the support of a clinical technical team headed by Professor Martin R Cowie, and the late Lynda Blue, who led the first instrumental research into heart failure nursing in the UK.

The audit’s aim was to give a first insight into the provisioning of heart failure nurse services in the UK and sought to look at employer organisations and field of practice, case-load management, access to diagnostics and monitoring, grading and skills, the make-up of the multi-disciplinary team (MDT), and qualitative feedback as to current progress and concerns within teams. The audit was performed via an online digital platform, with considerable resources being employed to reach teams and encourage them to complete the audit. It is believed that up to 75–80% of teams participated in the audit, accounting for 532 full-time nurses.

Most (60%) teams were employed by hospital trusts, of which 33% worked solely in a hospital setting, 38.5% solely in the community: 29% of teams declared working in an integrated approach, i.e. providing an in-reach or out-reach service, either hospital-based and providing an outreach service to the community, or based in the community and providing an in-reach service (11.5%). Although 60% of teams took patients with both heart failure with reduced ejection fraction (HFrEF) and heart failure with preserved ejection fraction (HFpEF), 40% of teams only took patients who have HFrEF (i.e. no service provision for HFpEF). Nurses repeatedly raised their concerns that patients with HFpEF were often complex to manage with limited treatment options, and that their teams were failing to provide a service for these patients. Nurses managed extensive caseloads, with referrals outstripping discharges, indeed nurses’ major concern was how they were to continue meeting demand in timely fashion without increase in resources. They had considerable autonomy with 73.4% of teams able to admit patients directly into hospital, with a further 9.6% admitted after discussion with a cardiologist. All teams were able to order echocardiography, Holter monitoring, and electrocardiograms (ECGs).

The majority of teams (90%) had at least one member of their team who was a prescriber, and 80% of teams had nurses who had undertaken clinical examination skills at degree or masters level, and all teams had at least one nurse who had undertaken advance communication skills training. Most teams (70%) stated that they had clinical support by access to a cardiologist, with 33% of teams stating that this was a cardiologist with a sub-specialist interest in heart failure. A third (33%) of teams had the support of a renal physician and 33% had access to a physician for the elderly. Some (14%) teams had experienced difficulties with recruiting staff despite advertising, with only 16% of teams stating they had taken part in workforce planning.

Nurses described themselves as dedicated, committed, passionate autonomous practitioners, valuing job satisfaction and able to provide patient-focused, holistic, and high-quality care. However, their greatest concern was meeting increasing demand with current resources, and having no additional funding available.

The audit demonstrates key inequities in provisioning and care. These include:

It has also provided the first national picture of current heart failure nursing service provision in the UK. The charity had two further aims. Firstly, we how could bring the data alive to patients and stakeholders, ensuring value across the heart failure system, and, secondly, how we could develop a platform where heart failure nursing teams could continue to update data they had submitted, providing a continuing and current picture. Consequently, the ‘Just Heart Failure’ platform was launched. Anybody can contact their local HFSN service and understand the service from the patients’ perspective, this, however, constitutes only 5% of the data submitted. Teams are provided with a secure log-in console where they can amend their whole audit details and access many useful resources.

With the new NHS Ten Year Plan published,4 now is an ideal opportunity for the audit to serve as a rallying cry for stakeholders, to raise the significance of heart failure and how we can influence the implementation of the plan going forward. Central to that process should be the significant role of the patient community and how they can serve as the catalyst to bring stakeholders together and influence and co-design heart failure provision for the next decade.

The Heart Failure Nurse Audit and the digital platform JustHeartFailure.org was funded by Boston Scientific UK through a hands-off educational grant to the Pumping Marvellous Foundation.