Regular physical activity for secondary prevention in cardiovascular disease has many well-recognised benefits, with declines in physical activity being associated with worsening cardiovascular disease, suboptimal treatment or worsening comorbidities that might be rectified by early intervention. Most cardiovascular implantable electronic devices (CIED) now have the ability to detect, analyse and interpret physical activity data through an inbuilt accelerometer. Currently, these data are not being utilised to their full potential. We present three cases that demonstrate some of the possible uses of CIED-collected physical-activity data. These data have the potential to detect a deteriorating patient, to monitor the effects of an intervention, and/or provide motivational feedback to a patient. However, for the data to be used in this manner in the future, greater transparency from manufacturers and robust validation studies will be needed. 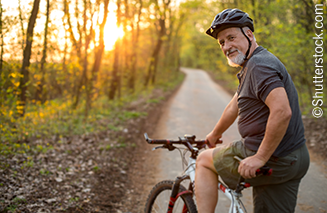 Patients with the most severe cardiac disease may present the biggest opportunity for physical-activity monitoring and gain the most from early intervention. These patients will typically be fitted with cardiovascular implantable electronic devices (CIEDs), including implantable cardioverter defibrillators (ICDs), cardiac resynchronisation therapy (CRT) and pacemakers. Most of the CIEDs implanted in patients can collect and record physical activity data through built-in accelerometers, of which the primary function is to provide rate responsive pacing (adapting heart rate to physical activity). Piezoelectric crystal sensors detect changes in body motion as the patient moves, generating an electrical signal proportional to patient movement.3 These data are collected irrespective of rate response pacing and are available for interpretation at routine clinic visits or via remote monitoring of patients’ devices. The data typically provided by CIEDs are the amount of time spent being physically active expressed as number of hours per day.

Patient A is an 85-year-old man with a past medical history of previous coronary artery bypass grafting (CABG), left ventricular systolic dysfunction (LVSD), previous atrial fibrillation (AF) (successfully cardioverted), mild-to-moderate aortic stenosis and an implanted cardiac resynchronisation therapy pacemaker (CRT-P). Despite his age, patient A lived a very active lifestyle, working as a joiner until recently, walking more than two miles per day and also caring for his wife.

Remote monitoring data collected from the CRT-P device showed that, on average, he was classed as being active for between ~3.1 and ~4.3 hours per day between October and December (figure 1). This activity can be seen to gradually decline to an average activity of between ~2.0 and ~3.4 hours per day – an overall reduction of approximately 1.1 hours per day. This reduction coincided with the patient feeling more breathless and less able to do daily activities, including caring for his wife, resulting in an increased care package being organised. It was found that the decrease in physical activity and new onset of symptoms were associated with new onset of AF accompanied by increased respiration rate. These data could represent a missed opportunity for an earlier intervention in this patient. These findings were passed on to the specialist heart failure nurse and consultant for discussion about starting amiodarone.

Patient B is a 92-year-old man with a past medical history of severe LVSD, hypertension, lacunar stroke with right-sided weakness and a CRT-P. In April 2018, patient B was well, in sinus rhythm and ‘enjoying’ life. In July 2018, he was found to be in AF, of which he was symptomatic, this was successfully cardioverted at the beginning of September 2018. There was an associated small decrease seen in physical activity at this time (figure 2). A further decrease in physical activity can be seen from the end of September, this was due to admission to hospital for hypotension-induced dizziness, vomiting and diarrhoea. At this time, a diagnosis of dementia was being investigated and patient B was transferred to a community hospital for one month while awaiting a care package to be put in place. Patient B’s hospital admission correlates with the lowest amount of physical activity seen in figure 2. Following discharge home, the level of physical activity begins to increase.

Patient C is a 95-year-old man with severe LVSD, AF and CRT-P. Prior to CRT-P implant in January 2019, patient C reported being able to walk around 200 yards (~180 m), before having to stop due to breathlessness. Following an upgrade of his pacemaker to a CRT-P, the patient reported an increase in exercise tolerance to around 300 yards (~270 m). Exercise tolerance increased further following optimisation of CRT pacing and increasing his dose of beta blocker. By March 2019, patient C reported being able to walk >500 yards (~460 m), with the limiting factor being back pain rather than breathlessness. Figure 3 demonstrates this general increase in hours of being physically active.

All three cases presented here demonstrate how physical-activity monitoring through CIEDs could be used to influence clinical decision-making, identify deteriorating patients and monitor the effects of an intervention. Patient A represents a potential missed opportunity to identify a deteriorating patient sooner. If the patient’s normal levels of physical activity were known or documented somewhere then the decline in physical activity, which coincided with the patient’s breathlessness and onset of AF, may have been highlighted earlier. Earlier detection would have allowed for earlier medical intervention and perhaps removed the need for an increased care package.

Patient B clearly demonstrates the difficulties faced in remaining physically active while in hospital. There is increasing recognition that deconditioning associated with physical inactivity during hospitalisation can result in a range of adverse effects, including increased frailty,12 functional decline,13 and development of disability in activities of daily living.14 All of these factors could lead to longer hospital stays and delays in discharge, to increased care packages then needed at home. If the physical-activity monitoring from CIEDs was fed back to the patient and/or the medical and nursing team, this could increase the motivation for remaining physically active while in hospital. Walking in hospitals is associated with a decreased length in stay,15 which can only be seen as a benefit for both the patient and the health service. It would have also been of benefit to the patient and clinicians if, after discharge, data about the patient’s increasing activity was fed back. Activity data would not only have provided motivation to continue exercising, but also demonstrated improvements in the patient’s wellbeing.

Patient C is an example of how physical-activity monitoring can be used to monitor the effects of an intervention, this information would be useful for both clinicians and patients alike. However, these data are only available to clinicians and data are not currently provided directly to the patient.16 Even though the data are fed back on a general basis at clinic visits, daily or weekly updates direct to the patient could increase motivation and further increase activity.

The three cases presented here demonstrate some of the possible uses of physical-activity monitoring from CIEDs. However, it is important to note some of the limitations of the data, and the need for further studies, before the full benefits of the data can be utilised. There is currently limited information available from device manufacturers about how accelerometers detect, analyse and interpret activity data. Available information suggests that activity thresholds and processing algorithms differ considerably between manufacturers. This could lead to possible problems if, for example, trying to determine thresholds for when a patient is considered to be deteriorating or when an intervention has worked. If physical-activity data from CIEDs were to be used as a risk-stratification tool, it would likely be as a multi-parameter tool rather than using physical activity as a standalone measure. Before physical activity data from CIEDs is used as feedback for patients, validation studies are needed in diverse patient samples and over a range of activities to prove that the data being collected are comparable with wearable physical-activity devices.

Written consent was obtained from the three patients featured in this paper.

Hypertrophic cardiomyopathy and exercise restrictions: time to let the shackles off?