In conclusion, Asian patients were younger, more likely to be diabetic and tended to report discomfort over a greater area of their body, than did white Europeans. No differences were found between individual South Asian subgroups for pain distribution (extent), character or intensity. South Asian women tended to report a wider distribution of discomfort and intensity than did men across all subgroups. 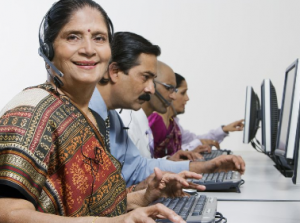 Approximately 4.2 million people (7.5% of population), whose racial origins are from South Asia, live in the UK. High rates of coronary disease in Asians,1-4 seem likely to be influenced by genetic factors.5 We have previously reported differences in the presentation of coronary syndromes between British South Asians, as a whole, and white Europeans.6

Consecutive South Asian patients, requiring hospital admission for an acute coronary syndrome, were recruited between November 2001 and June 2012. Patients self-defined themselves to country, region and/or cultural-religious belief systems, which established six main subgroups (table 1). Inevitable and unavoidable overlaps of religion, geography and culture are encompassed. By asking patients to self-classify themselves we determined they would distinguish a self-defined grouping and identity. Major characteristics of symptom presentation were compared with a cohort of 2,301 white European patients, consecutively recruited between 2001 and 2006.6

Subjects were given language assistance if required.

Location and extent of discomfort

Earlier work suggests South Asians report a greater frequency,15 intensity and area of discomfort than do white Europeans.6 Variations in risk factors,16-18 and an excess prevalence of coronary disease are previously described for South Asians.1,19 Most studies ‘position’ Bangladeshis, Pakistanis and Muslim Indians at a cardiovascular disadvantage to other South Asians,2,4 possibly with Bangladeshis having the worst risk profile.20 We postulated there might be variations in presentation within a population broadly encompassed as ‘South Asian’.

As in earlier studies, we found South Asians to be younger than white Europeans and with an overall prevalence of diabetes,16,21 reaching 2.7 times greater than in white Europeans. High levels of diabetes are described in British Pakistanis (22.4%) and Bangladeshis (26.6%),19 although our cardiac selected patients far surpass these values (range 42–55%).

We found that discomfort over the back of the chest was reported more frequently by each of the South Asian subgroups as compared with white Europeans. Discomfort limited exclusively to the back was unusual and similarly infrequent in South Asians (0.3%) and white Europeans (0.7%); a feature noteworthy with ‘differentials’ including aortic dissection.

Generally, South Asians had a wider distribution of discomfort, with an excess of neck and jaw discomfort compared with white Europeans. Atypical presentations have been reported to be more common in Indo-Asians experiencing myocardial infarction, than in Europeans.22-24 Differences in location of chest discomfort, between Indians, Bangladeshis and Pakistanis with angina, were highlighted by the Newcastle Heart project; the anatomical location being generally more variable than in Europeans.25 Across all six of our South Asian subgroups, discomfort beyond a chest distribution was most common in the arms, followed by neck and the jaw. In the majority of these subgroups it was women who described more arm, neck and jaw pain. South Asian women, in our study, appear similar to women of other races in tending to a wider distribution of cardiac pain with more back,26,27 arm, hand,28 throat, neck and jaw pain than do men.24,26,29

The proportion of patients in our study with ‘silent’ episodes was modest compared with earlier studies,13 where patients presenting with myocardial infarction or ischaemia, without chest pain, have previously been described as having a poor prognosis.13,30

In common with earlier studies, women in our study showed a trend to report higher levels of pain discomfort and assigned larger areas of discomfort than did men.28,31,32 Failure to recognise an atypical presentation, female sex and ‘non-white’ race, are features suspected to account for failure to hospitalise patients with acute coronary syndromes and worse outcome.33

We have also demonstrated language issues across all South Asian groups, but to a lower extent than some reports, possibly related to the specific ethnic mix and relative prosperity of this London borough. Language problems were almost five times more prevalent for women than for men. An inability to communicate a symptom may lead to an exaggeration of symptoms, making the diagnosis in women even more difficult. South Asians in the UK have been described as having a tendency to ‘globalise’ symptoms, compared with the white population,34 and are more likely to seek immediate care.35 Some authors also report that descriptions of chest pain in Asian women are ‘less reliable’ than in men.25,36

Limitations to the study

The study is limited by survivor bias. Language, and its nuances, may have influenced the choice of terms, although minimised by our use of images (figure 1). Furthermore, we accept that an ‘overlap’ of territories and religious affiliations has occurred. Some authors suggest ‘religious stratification’ might better determine coronary disease risk,37,38 but a perception and sensitivity to ‘Islamophobia’ prevented using this as a practical denominator in our study. This was not a genetic-based study. Individuals calling themselves ‘Pakistani’, as opposed to ‘Indian’, base this on their country of origin (formed as recently as 1947), a partition that is artificial and predominantly based on religious affiliation. Even more recently (1971), two countries on the Indian subcontinent were further split (creating the Islamic Republic of Pakistan and the Peoples Republic of Bangladesh). Our subgroups, including subjects identifying with the Gujurat State or Sikhism, have been in existence considerably longer (millennia and 500+ years, respectively). We suggest an association with a region State (Gujurat for example), with a distinct language, food, customs and ‘inter-marriage’ must surely be influential on behaviour, and potentially clinical presentation. We totally accept there is an overlap between any groupings and would argue this might also include commonly ascribed simple definition by nationality, which in one case has been in existence for only 43 years.

Our observations reveal that South Asian patients are younger, more likely to be diabetic and tend to report a higher intensity of pain and over a greater area of their body, including over their backs, than do white Europeans. Differences between individual subgroups of South Asians were less obvious and possibly confounded by some overlap between these different groups. This study represents one of few studies,37,39 attempting to examine subgroup heterogeneity among South Asians in the UK.

All authors have contributed to the writing and interpretation of these study data.