For transcatheter aortic valve insertion (TAVI) a combination of aspirin and a thienopyridine (e.g. clopidogrel) is generally used for the first three months, followed by a single antiplatelet agent thereafter. For patients in AF, aspirin or a thienopyridine can be used with a VKA, but the bleeding risk is increased by the combination.

After the first three months for all bioprosthetic valves, low-dose aspirin may be considered for patients who do not require anticoagulation for other reasons.

This algorithm can be viewed as figure 6 in Nishimura10

Oral anticoagulation with VKA is indicated for long-term therapy for all mechanical valves, to reduce the risk of catastrophic valve thrombosis or thromboembolism. The thrombotic risk and target INR depend on the position and design of the valve, as well as other patient factors such as presence of AF, overall cardiac function and previous history of thromboembolism.

In the UK, a target INR >3.5 is seldom used because of the bleeding risk, but the acceptable INR range may be extended up to 4.5 to prevent too many dose reductions, which may then lead to sub-therapeutic INRs (see table 1).

In the UK, target INR >3.5 is seldom used because of bleeding risk, but the acceptable INR range may be extended up to 4.5 to prevent too many dose reductions, which may then lead to sub-therapeutic INRs.

The PROACT investigators have recently published the Interim data from the Prospective Randomised On-X valve Anticoagulation where 375 patients with an approved bileaflet mechanical heart valve were randomised to received lower dose of warfarin (INR 1.5–2) or standard warfarin (INR2-3). Those who received lower dose of warfarin (INR 1.5–2) experienced lower major and minor bleeding with no increase in the incidence of stork, TIA or neurological events. The mortality rate was also similar in both groups.

Based on the results of this report a lower target for INR (1.5–2) can be considered in patients with bileaflet mechanical heart valve.2

Both bleeding and thrombotic risk are high in the immediate post-operative phase, and management must balance these two risks. In general, therapeutic anticoagulation should be started once haemostasis is secure.

Intravenous UFH to achieve a therapeutic target based on aPTT or heparin level as determined by the monitoring laboratory (usually aPTT ratio of 1.5–2.5 or anti-Xa level of 0.2–0.7 units/ml) may be most suitable in the first 48 hours, as it is short-acting and reversible. LMWH (off license use) may also be used to achieve therapeutic anticoagulation with target peak anti-Xa value of 0.5–0.9 units/ml, but this is not reversible and care must be taken to monitor renal function. 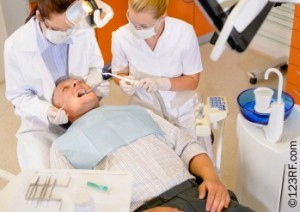 VKA can be started once drains have been removed and the loading dose should be very cautious as there seems to be increased sensitivity to VKA after cardiac surgery. If the patient has already been on a VKA the starting dose should be no more than the usual maintenance dose, and in VKA naïve patients no more than 3–5 mg warfarin or equivalent.

Coagulation checks must be carried out at least daily, and more often for IV heparin until level stabilised. Capillary INR devices are not suitable for use during warfarin induction or when the Hb is low.

Diabetes and CVD
Overview
Module 1: The cardiovascular profile in diabetes

Module 3: Drugs for diabetes – the cardiovascular evidence base

Insights from pivotal studies and sub-analyses