Atrial fibrillation (AF) is the most common sustained arrhythmia faced by clinicians in primary and secondary care. Patients with AF face a significant risk of stroke and thromboembolic complications with associated morbidity and mortality. The role of antiplatelet agents is diminishing, while the use of oral anticoagulants is being actively encouraged. Warfarin has provided the mainstay of oral anticoagulation for more than half a century. New oral direct inhibitors (ODIs) of thrombin and activated factor X – commonly referred to as the new oral anticoagulants (NOACs) – are being prescribed with increasing frequency. These ODIs have a number of advantages over warfarin, including predictable response, no need for monitoring or dose changes and fewer drug and food interactions. Although the risk of intracranial bleeding is reduced, there is still a risk of major haemorrhage as patients are fully anticoagulated. An understanding of the ODIs’ metabolism and excretion, as well as their effects on coagulation tests, is paramount to the management of patients, particularly in emergency situations. 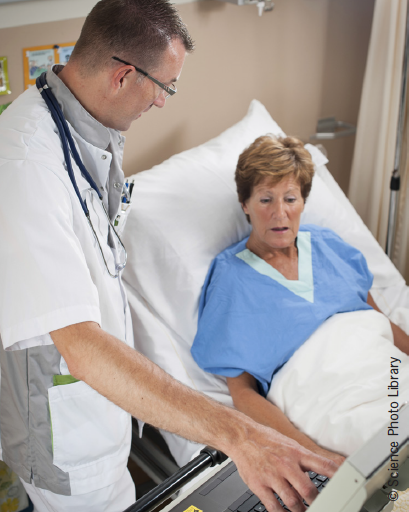 Atrial fibrillation (AF) affects up to 2% of the population, its prevalence increasing with age; and, with the anticipated rise in the average age of the population, it is likely that the rate of AF will rise considerably. There is a significant risk of stroke, heart failure and mortality associated with AF. Both the National Institute for Health and Care Excellence (NICE) and National Health Service (NHS) Improvement have identified AF and stroke prevention as key areas for maintaining healthcare quality and improvements.1 A key feature is the early identification of patients at risk of thromboembolic events and the prompt initiation of an oral anticoagulant. Until recently, the only oral anticoagulants available to us were the vitamin K antagonists (VKAs), such as warfarin.

Dabigatran is an oral direct thrombin (factor IIa) inhibitor and rivaroxaban and apixaban are oral direct inhibitors (ODIs) of factor Xa (table 1). These new oral anticoagulants (NOACs) are licensed, in the European Union by the European Medicines Agency, for stroke prevention in patients with AF, and in the UK have also been approved by NICE.2-4

The ODIs have a number of advantages over VKAs, including a rapid onset of action, short half-life, wide therapeutic range and few food or drug interactions (table 1). However, there are a number of potential limitations, aside from higher drug costs, and these include difficulties in measuring an ODI’s anticoagulant effect, as well as the fact that there are currently no antidotes available.

Although there is no need for routine monitoring, a recent questionnaire sent out to hospital laboratories, which participate in the UK National External Quality Assurance Scheme (NEQAS) for anticoagulation, found that nearly a quarter are being asked to perform some form of coagulation test to assess patient compliance [personal communication]. There are occasions when the ability to measure an ODI’s anticoagulant effect may be desirable, and these include prior to surgery or an invasive procedure, after an overdose, in a patient with deteriorating renal function, following a thrombotic event to assess for treatment failure or lack of patient adherence and, in particular, when faced with a patient who is bleeding.

On 29 September 2013, the Medicines and Healthcare products Regulatory Agency (MHRA) sent out a letter to all healthcare professionals with a “reminder to reduce the risk of bleeding by assessing risk factors for bleeding and observing recommended posology, contraindications, warnings and precautions for use” in patients receiving new oral anticoagulants.5 The letter was signed by the medical directors of Boehringer Ingelheim, Bayer, Bristol Myers Squibb and Pfizer, who market dabigatran, rivaroxaban and apixaban, respectively, in the UK.

It is important to be aware that, while the risk of intracranial bleeding appears to be lower with ODIs when compared with VKAs, the risk of major bleeding is comparable between all the oral anticoagulants. The International Society on Thrombosis and Haemostasis (ISTH) defines major bleeding as a fall in haemoglobin of at least 20 g/L or transfusion of at least two units of red cells, or symptomatic bleeding into a critical area or organ, such as intracranial, intraspinal, intra-ocular, retroperitoneal, intra-articular, pericardial or intramuscular with compartment syndrome.6 A subgroup of major bleeding is life-threatening bleeding and this encompasses fatal bleeding, symptomatic intracranial bleeding, a fall in haemoglobin of at least 50 g/L or a transfusion of four units of red cells (figure 1).

There are currently no validated methods for assessing the risk of bleeding in a patient receiving an ODI. The European Society of Cardiology 2012 guidelines for the management of AF recommend the use of the HAS-BLED score to identify patients at increased risk of bleeding.7 In addition, it is important that clinicians prescribing an ODI make themselves fully aware of the anticoagulant’s metabolism and renal excretion, as well as potential drug interactions (table 1).

VKAs, such as warfarin, reduce the levels of the coagulation clotting factors II, VII, IX and X. The prothrombin time (PT) is sensitive to a reduction in factor VII and, expressed as an international normalised ratio (INR), is used to monitor warfarin. The activated partial thromboplastin time (aPTT) provides a measure of the intrinsic (factors VIII, IX and XI) and common (II, V and X) coagulation pathway, and is used to monitor unfractionated heparin.

The aPTT displays a curvilinear dose response to increasing concentrations of dabigatran, while the PT (and aPTT to a varying degree) is prolonged at therapeutic concentrations of rivaroxaban and apixaban. However, this is very much reagent dependent, and laboratories and clinicians alike will need to be aware of the sensitivity of their respective PT and aPTT assays. The PT and aPTT can only provide a qualitative assessment of whether an anticoagulant effect from an ODI is present. To determine plasma drug concentration requires specific commercial assays, a dilute thrombin clotting time (Hemoclot®) for dabigatran and anti-Xa assays with appropriate calibrators for rivaroxaban and apixaban.

The management of bleeding is dependent on its severity, and can be subdivided into non-major, major and life-threatening using the ISTH definition (figure 1). The time of the last oral dose, as well as dosing regimen, should be determined and the expected half-life and drug elimination can be estimated by calculating the creatinine clearance. The ODI’s anticoagulant effect should be measured qualitatively or quantitatively depending on
the assays available within the laboratory.

Non-major bleeds may be treated with oral activated charcoal to reduce further drug absorption, in addition to omitting or delaying the next oral dose. Local haemostatic measures, such as compression (epistaxis, superficial wounds) or surgical haemostasis (sutures), may also be employed. The mainstay of treatment for major bleeds should be supportive, in particular maintaining renal perfusion, to aid drug elimination. Transfusion of red cells, platelets and fresh frozen plasma (FFP) should be given to correct anaemia, thrombocytopenia and coagulopathy, respectively.

A dabigatran monoclonal antibody (idarucizumab) and recombinant functionally inert factor Xa antidote (andexanet–α) for rivaroxaban/apixaban are currently in phase II human studies [personal communication]. A number of animal bleeding models suggest that it is possible to arrest ODI induced bleeding with the haemostatic agents, prothrombin complex concentrate (PCC), activated PCC (FEIBA) or recombinant factor VIIa (NovoSeven). However, there have been no clinical studies of these agents in humans who are bleeding while receiving an ODI.

At present it is not clear which, if any, haemostatic agent should be administered off-licence to a patient bleeding while anticoagulated with an ODI. While awaiting the availability of future antidotes, all bleeding events and their outcomes should be reported via the MHRA yellow card reporting system and, in addition, patients should be enrolled into national and international registries to help guide future management.

RA is a member of the steering committee for the ORANGE study and has received honoraria for lectures/attending advisory boards from Boehringer Ingelheim, Bayer, Bristol Myers Squibb and Pfizer.

6. Schulman S, Kearon C; Subcommittee on Control of Anticoagulation of the Scientific and Standardization Committee of the International Society on Thrombosis and Haemostasis. Definition of major bleeding in clinical investigations of antihemostatic medicinal products in non-surgical patients. J Thromb Haemost 2005;3:692–4. http://dx.doi.org/10.1111/j.1538-7836.2005.01204.x

2 thoughts on “The new oral anticoagulants and management of bleeding”