Ischaemic heart disease (IHD) is the leading cause of mortality worldwide.1 It is a debilitating, life-changing illness that can reduce quality of life and life-expectancy. While surgical, percutaneous and optimal medical interventions can significantly improve the clinical course of the disease, our understanding of the biopsychosocial mechanisms promoting survival following an acute IHD event, such as an acute coronary syndrome (ACS), is still limited. 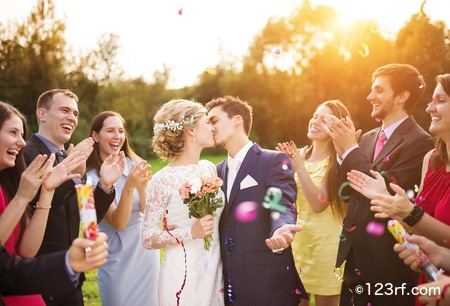 The role of marital status and social support is becoming increasingly recognised as an important factor promoting recovery and rehabilitation following ACS.2

There are several large and robust studies that show that marriage infers a survival benefit following an ACS.3–6 The mechanisms behind these survival benefits are not fully understood, but are thought to be associated with living a healthier lifestyle, improved social support, assistance with medication, and rehabilitation compliance. There are opposing claims that an ‘unhappy marriage’ may infer cardiovascular health complications.7 However, in most cases, people who are at highest risk of suffering ACS are often older (in our data, mean age was 66.6 years [standard deviation 14.3]), and many marriages at this stage are considered stable and ‘happy’.

Our group has recently analysed data investigating marital status on mortality and length of stay in patients admitted with ACS in England, using the ACALM (Algorithm for Comorbidities, Associations, Length of Stay and Mortality) study protocol. We, and others, have successfully used and published our methodology previously.8,9

We anonymously analysed over 929,000 patients National Health Service (NHS) health records and identified over 25,000 new diagnoses of ACS over a 13-year period. Our results showed that being married inferred a 14% survival benefit over being single following an ACS. We also showed that being divorced resulted in an increased mortality of 21% versus being married.2 These data highlight the impact and importance of key biopsychosocial factors contributing to mortality following an ACS, including the effects of anxiety, depression, use of tobacco, alcohol excess, worsening lifestyle, and social isolation.10

A second factor to consider is that, to date, there is limited evidence investigating how marital status relates to length of stay (LOS) following ACS. The average cost for a patient to stay on a cardiology ward is up to £400 per day. The numbers really start to add up when you scale this up across the entire NHS. It is estimated that reducing LOS in cardiology alone carries a potential cost saving opportunity to the NHS of £9.8 million/year.11,12

We showed that being married reduced the LOS in hospital by two days compared with being single (6 days vs. 8 days) following admission with ACS, and that being widowed resulted in an extended LOS of 10 days.2 These findings highlight a key issue; the NHS is spending millions of pounds per year on keeping people in hospital following an ACS, who may be better served in the community with increased social support and rehabilitation.

Emerging evidence suggests that being married reduces the incidence of IHD, reduces the LOS following ACS and infers a survival benefit following this event. Being married may provide positive modifications in lifestyle behaviours, inferring protection from recognised cardiovascular risk factors. Benefit is greatest for men and in early marriage, as is consistent with the gendered life course perspective and cumulative disadvantage framework.13

Compared with married people, individuals who are in the process of divorce or recently divorced who suffer a serious health event may experience negative modifications in lifestyle behaviours, resulting in increased levels of cardiovascular risk (such as increased incidence of smoking, alcohol excess, obesity, reduced physical activity), may suffer increased levels of anxiety, depression and social isolation following ACS.14

Thus, addressing biopsychosocial cardiovascular risk factors may be a key step in promoting survival in single and divorced people.15 It is important for clinicians, local/national cardiac charities and the NHS to acknowledge the potential benefits that additional biopsychosocial support may provide for patients.

Following ACS, access to education and medical advice is crucial. Often people are not sure ‘what they can do to help themselves’. This point highlights the significance of education and multi-disciplinary care following ACS. Clear medical advice, structured specialist follow-up, psychological, physical therapy, and dietetic input, can all provide excellent support to help rehabilitate people after ACS.16 The focus of rebuilding patient confidence, physical state and emotional wellbeing is of the utmost importance.

A novel and potentially important concept is the introduction of an integrated social support programme for single and divorced people following ACS. The creation of a specialist, community-based social support network, may provide an additional level of care that people often need following a life-changing illness. Support groups (for those without the support of a spouse) may help reduce some of the biopsychosocial issues faced by single and divorced people following ACS. These groups could be organised by local/national cardiac charities and could be facilitated by patients who have survived an ACS event and who want to share their experiences and provide advice to others. They could be attended by members of the multi-disciplinary team to provide continuity of support, ease of access to services and, maybe, help avoid unscheduled hospitalisations by initiating community services and outpatient referrals when indicated.

A final consideration is that specialist psychological input may be important for those people who are in the process of, or who are recently divorced, following ACS. The divorce process is incredibly stressful and, as discussed, may result in poorer health outcomes.14,17 We acknowledge the increased mortality in this subgroup and suggest that targeted psychological therapy may be an important intervention. Divorce counselling may provide individuals, who have suffered ACS with a focus on making sense of what has happened. This may help people move on and progress with their lives. This intervention may enable these people to focus on their recovery, and to enter into an integrated social support programme.18

In England and Wales, the provision of health education, social support networks, and psychological intervention is limited for people who have suffered ACS. Often, these people are seen in clinic, surgically or medically optimised and then discharged back to their GP without being offered any psychological or social support.

Evidence is accumulating to suggest that management of biopsychosocial cardiovascular risk factors is central for successful recovery and rehabilitation following ACS. It is important to note that single and divorced people may have reduced access to this support based on their marital status and social circumstances, and that the National Institute for Health and Care Excellence (NICE) does not suggest routine referral for psychological support.

Integrated specialist social networks, pragmatic community-based multi-disciplinary care and targeted psychological support may improve quality of life, reduce mortality, and reduce LOS for this subgroup following ACS.17 All of which, may help fix thousands of
broken hearts and save the NHS millions of pounds.19

Dr Nicholas D Gollop is an investigator for the ACALM Study Group.

Acute coronary syndrome in adults: scope of the problem in the UK

The age of diagnostic coronary angiography is over

Correspondence: from balloons to stents and back again?