Statins are ‘HMG-CoA reductase’ (3-hydroxy-3-methylglutaryl-CoA reductase) inhibitors and attenuate the intracellular levels of cholesterol. By virtue of their multiple pleiotropic modes of action in cardiovascular diseases, statins have also been considered and used for treating various other disorders, with convincing beneficial results, though a few contradictory reports do exist. Taking into account the positive and negative effects of statins, the data need to be viewed with a ‘pinch of salt’ for statins to be labelled as wonder drugs. 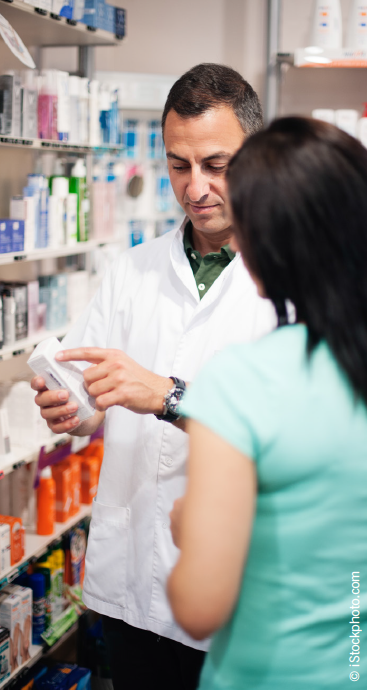 Since their discovery in the 1970s, statins are widely used in clinics for the treatment of atherosclerosis and other cardiovascular diseases (CVD). Statins attenuate the intracellular levels of cholesterol by inhibiting the rate-limiting enzyme 3-hydroxy-3-methylglutaryl (HMG)-CoA reductase, either by competing with the normal substrate in the enzyme’s active site, or by altering the conformation of the enzyme by binding to its active site.

Statins exert their lipid-mediated action by decreasing the production of cholesterol and low-density lipoproteins (LDL), by up-regulation of LDL-receptors and uptake of circulatory LDL. Reduction in intracellular cholesterol induces activation of a protease, causing release of sterol regulatory element binding proteins (SREBPs) from the endoplasmic reticulum. SREBPs are then translocated to the nucleus, where they increase the expression of the LDL-receptor gene that controls the cholesterol homeostasis.1,2

Extended follow-up of the Heart Protection Study (HPS) documented long-term efficacy and safety of lowering LDL-cholesterol (LDL-C) with statins, in 20,536 patients who were at high risk of vascular and non-vascular outcomes with 40 mg simvastatin.3 Atorvastatin at high pharmacologic dose increased LDL-receptor-related protein 1 (LRP1) in both in vitro and in vivo studies.4 Statins further reduce the oxidation of LDL and, thereby, inhibit foam cell formation. Early atorvastatin therapy in 2,341 inpatients after acute coronary syndrome (ACS) was shown to significantly enhance mobilisation and clearance of oxidised phospholipids (OxPL) from the arterial wall,5 and statin therapy was also shown to be an independent predictor of low oxidised LDL (OxLDL) levels in 687 patients with angiographically proven CAD by multi-variable analysis.6

Statins vary in their high-density lipoprotein (HDL)-cholesterol (HDL-C) raising ability. Rosuvastatin and simvastatin demonstrated a positive relation with HDL-C, but the same was not applicable for atorvastatin.7 The increase in HDL-C levels is mediated by reductions in cholesteryl ester transfer protein (CETP) activity.8 Recently, it was shown that for potent statin therapy, instead of chemical assay for HDL-C, HDL particle number may be a better marker of residual risk after statin therapy.9 A post-hoc analysis of intravascular ultrasound data from 1,455 people showed that statin-associated changes in HDL-C were inversely associated with the progression of coronary atherosclerosis, even in patients with low levels of LDL-C via stimulation of the ‘reverse cholesterol transport’ pathway.10,11

Statins empower multiple pleiotropic modes of action (figure 1), independent of lipid-mediated effects, mediated by their ability to block the generation of isoprenoid intermediates like farensyl pyrophosphate (FPP) and geranyl-geranylphosphate (GGPP) in vascular cells, which serve as lipid attachments for a variety of intracellular signalling molecules, like Rab and Rho.

Various in vivo and in vitro studies, as well as human clinical trials, have successfully demonstrated that statins reduce cardiovascular events,15,16 diabetes,17 progression of nephropathy18 and fracture rates.19 Simvastatin treatment significantly decreased frequency and occurrence of mammary tumours in chemo-carcinogen induced mammary tumours in rats.20 Important pleiotropic and cardioprotective effects of statins could be visualised as improvement in endothelial dysfunction, anti-oxidant, anti-inflammatory and antithrombotic effects, and their ability to up-regulate mitophagy, autophagy and down-regulation of Akt/mTOR signalling.21 Statins benefit in hypertension due to their role in maintaining endothelial function and their interaction with the renin–angiotensin system.22 Statins attenuate occurrence of pulmonary hypertension via the RhoA/Rho-kinase signalling pathway.23 Atorvastatin at a dose of 80 mg and a 50% LDL-C reduction showed large effects on blood pressure, whereas lesser effects were seen in other studies where LDL-C reductions were smaller.24,25 In a cross-sectional study of 2,584 hypertensive adults aged 40 years and older with no known CVD, statin-medicated subjects significantly had their blood pressure under control.26 The Study to Evaluate the Effect of Rosuvastatin on Intravascular Ultrasound-Derived Coronary Atheroma Burden (ASTEROID) demonstrated that rosuvastatin therapy resulted in significant regression of atherosclerosis in patients with CAD, 95% of whom had a history of hypertension.27 However, controversial reports do exist, as the Cholesterol and Recurrent Events (CARE) trial documented that pravastatin in a dose of 40 mg had no significant effects on blood pressure in 4,128 patients.28 In the Plaque Hypertension Lipid-Lowering Italian Study (PHYLLIS) trial, pravastatin did not demonstrate additional blood pressure-lowering effect29 in hypertensive hypercholesterolaemics.

The West of Scotland Coronary Prevention Study (WOSCOPS) showed that pravastatin therapy reduced the risk of type 2 diabetes mellitus (T2DM) by 30%.30 Subgroup analysis of the Scandinavian Simvastatin Survival Study (4S) demonstrated that cholesterol lowering with simvastatin improved prognosis of diabetic patients with coronary heart disease.31 Simvastatin had a favourable effect on leukocyte activation markers in patients with T2DM.32 Meta-analysis of 10 placebo-controlled trials, with 16,000 patients who had diabetes and 54,000 subjects without diabetes, demonstrated a 30% reduction in coronary heart disease and a 12% reduction in mortality.33 Results of the Collaborative Atorvastatin Diabetes Study (CARDS) showed that atorvastatin inhibited the development of CVD in diabetics.34

Contradictory reports also exist, wherein administration of statins lead to onset of diabetes. Rosuvastatin increased the hazard ratio for newly diagnosed diabetes by 25% versus a placebo group.35 A meta-analysis of 13 randomised statin trials with 91,140 participants demonstrated an odds ratio of 1.09 for incident diabetes.36 Annual rates of diabetes were shown to be significantly higher in statin users versus control subjects.37 Also, administration of atorvastatin, rosuvastatin and simvastatin to patients without diabetes increased the risk of incident diabetes, regardless of whether statins were used for primary or secondary prevention of CVD.38

Though these drugs have shown encouraging beneficial results in the primary and secondary prevention of CVD, there is a considerable residual risk in patients receiving statins, for example in the 4S study, where statins reduced the death rate only by 30%, which leaves a considerable number of patients still at risk of events. However, it has been safely documented that statin use among people without evidence of CVD reduced all-cause mortality and other major vascular events without any adverse outcomes.

Effect of statins in other disorders

Besides their role in CVD, statins are reported to play a crucial role in other diseases as well. Both in vitro and in vivo studies demonstrate that statin use results in a significant reduction in different forms of cancer by inducing apoptosis and cell growth.39 Further, the addition of statins to the therapeutic regimen has allowed for the use of lower doses of chemotherapeutic drugs, resulting in milder side effects.40 However, a few trials41 demonstrated no significant differences in the percentage of cancer cases in patients treated with simvastatin or atorvastatin.42 In a retrospective analysis in 1,117 non-muscle-invasive bladder cancer (NMIBC) patients,  statin use was not related to regression, recurrence or cancer specific mortality.43

Statins are shown to attenuate renal injury in both in vivo and in vitro studies.44 Statins ameliorated structural and functional changes of diabetic nephropathy in diabetic rat models.45,46 A meta-analysis with 39,704 subjects reported that statins reduced the rate of renal function loss by 76%.47 In non-diabetic patients with chronic kidney disease, statins improved the tubular status,48 reduced urinary albumin excretion,18 urinary podocyte number and proteinuria, which benefited patients with chronic glomerulonephritis (CGN).49

By virtue of their anti-inflammatory and immunomodulatory properties, statins have also drawn much attention as promising agents in the treatment of many disorders, e.g. rheumatic disease, multiple sclerosis, uveitis, colitis, autoimmune encephalomyelitis and systemic lupus erythematosus.50,51

Considering the overall positive impacts and pleiotropic effects of statins, it may be fair to think that statins are a benefit to society and could easily pass as a cure-all drug, but one also needs to consider their side effects. Numerous pleiotropic effects of statins may add to desirable or undesirable effects. Statins bear the same mode of action, but differ between each other in the extent of lowering LDL-cholesterol. Due to limited cholesterol synthesis, other important inflammatory proteins, endogenous synthesis of coenzyme Q10 and selenoproteins are also inhibited. Evidence from experimental and human studies also suggests that statin withdrawal rapidly abrogates the beneficial effects of statins, and results in rebound inflammation, increased Rho activity, reduced endothelial NO production, increased C-reactive protein (CRP) and induces prothrombotic pathways.52-56The Controlled Rosuvastatin Multi-national Study in Heart Failure (CORONA), Gruppo Italiano per lo Studio della Sopravvivenza nell’Infarto Miocardico – Heart Failure (GISSI-HF) and A Study to Evaluate the Use of Rosuvastatin in Subjects on Regular Haemodialysis – An Assessment of Survival and Cardiovascular Events (AURORA) trials yielded unexpected negative results, wherein, statin administration showed adverse effects in patients with heart failure.57,58

Data from 14 randomised controlled trials has also demonstrated that in people with low cardiovascular risk, caution is needed while prescribing statins for primary prevention use as there was evidence of failure in reporting adverse events, selective reporting of outcomes, and inclusion of people with cardiovascular disease.59 Furthermore, another meta-analysis with the primary objective of investigating all-cause mortality in a high-risk primary prevention set up reported no benefit of statin therapy.60

In summary, accumulating evidence from basic research and clinical trials document that statins have pleotropic effects and, in addition to their applicability in cardiovascular diseases, mark their use in various other diseases as well. Data from large randomised clinical trials clearly demonstrate that statin use results in reduced all-cause mortality, and reduction in clinical end points, such as major vascular events and revascularisation with limited adverse effects. Evidence also shows statins to be cost-effective and of benefit in improving quality of life in primary prevention in people with low cardiovascular risk. Some side effects, such as risk of incident diabetes, increased activity in liver enzymes, (e.g. hepatic transaminases and myopathy) should be re-evaulated in randomised and controlled population-based large trials.

Cardiovascular disease: the state of the nation, and the NHS Long Term Plan

Conversations on cholesterol: evaluating the role of LDL-cholesterol reduction in ASCVD